There’s a new photo sharing app in town called Reactions. That news isn’t particularly unique or exciting in itself, but the developer behind the app is rather noteworthy: it’s legendary hacker George Hotz (AKA “geohot”).

Hotz, best known for his widely publicized hacks of the iPhone and Playstation 3, apparently wanted to design a camera app that’s different from the rest. Reactions is different in that it uses both the front- and rear-facing cameras of the iPhone in order to capture both views at once — in the same image. 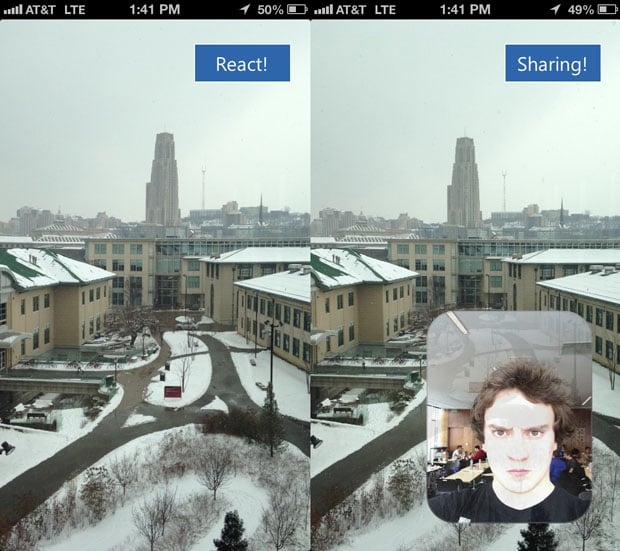 The stated purpose is to go beyond the 1000 words told in photographs to tell the “full story” of 2000 words.

By including an up-close portrait shot with each photograph, the app attempts to capture the photographer’s reaction as he or she snaps a picture of the scene.

The software is designed for extreme social sharing. After each two-way photo is snapped, it will automatically be published to your Facebook account. The only way to avoid the share is to quickly tap the unlabeled cancel button within three seconds of the exposure.

Reactions is currently going through Apple’s approval process, and should be arriving in the iTunes App Store shortly. Keep your eye on the official website if you’re interested in giving it a shot.

Reactions (via Cult of Mac)

A Lens-Shaped Humidifier For Those Dry Winter Months