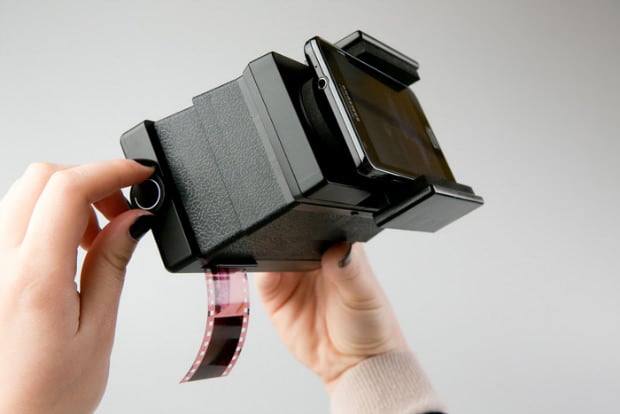 Lomography (the movement) has been called many things, including “analog Instagram;” but regardless of how you feel about the movement or the company that bears its name, it seems that Lomography (the company) has been one of the driving forces keeping film photography alive and interesting for the masses.

The company’s newest project, up for your pledging pleasure on Kickstarter, is the Smartphone Film Scanner. It’s exactly what it sounds like: an attachment that allows you to photographically scan your 35mm film using your phone. As you can see, it’s [mostly] portable and works in concert with an iPhone and Android app to let you scan in any old 35mm negatives you may have lying around. The app itself offers a few additional features, like stitching panoramas together and creating multi-frame animations, but its main function remains, simply, to digitize your film. 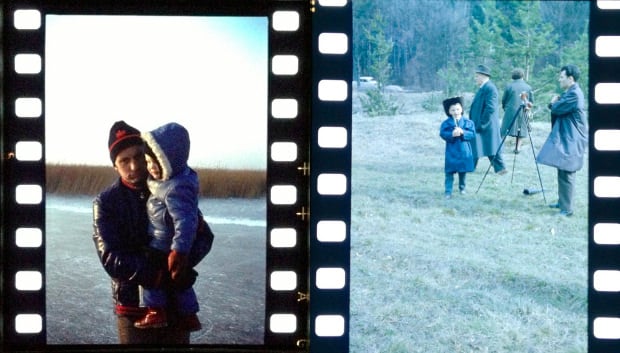 The Smartphone Film Scanner is compatible with all iPhone versions and “most” Android phones, and it doesn’t look like it’ll have any issue raising the required funds. As of now the campaign has managed to raise some $30K of its $50K goal, and the numbers are climbing fast. If you’re interested, head over to Kickstarter and put down $50 to reserve yours.

Photos of Locations Where Geotagged Tweets Were Sent