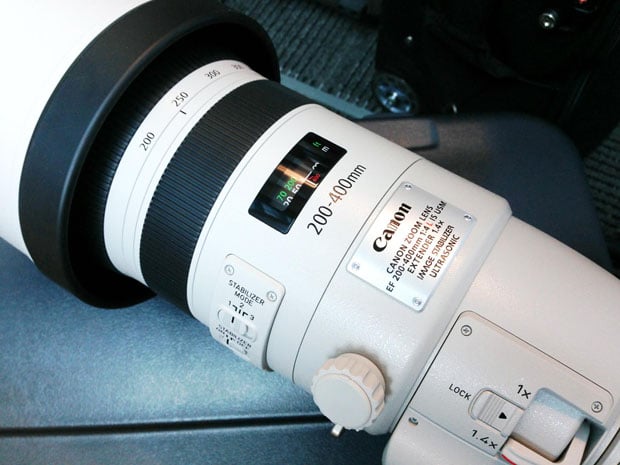 Canon Singapore has published a first photograph of the long-awaited Canon 200-400mm f/4L IS Extender 1.4x, which, as its name suggests, includes a built-in 1.4x teleconverter. The photo was shared with this caption:

Be one of the first to check out the soon to be launched EF 200-400mm f/4L IS USM Extender 1.4x at the EOS Experience Roadshow happening this weekend! We’ll be at Cathay Orchard Cineleisure this 4-6 January from 11am-10pm! See you there!

Sounds like the lens is indeed close to hitting store shelves after being announced in February 2011. It’ll reportedly cost around $11,000.