Dereck and Beverly Joubert have spent the past 30 years living among lions in the African country of Botswana, capturing incredible photographs and footage of the majestic creatures that have garnered widespread praise. They are considered two of the world’s preeminent experts on the big cats, having created tens of films, books, scientific papers, and articles in National Geographic magazine (along with a list of filmmaking awards, including five Emmys).

CBS’ 60 Minutes recently paid a visit to the Joubert’s, creating the fascinating video above that shows how the duo live and work, and how they’ve dedicated their lives to documenting and protecting the cats from human threats. 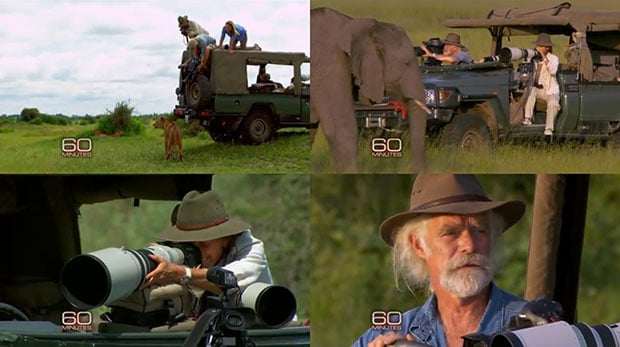 Through their dedicated work — they often spend years tracking individual animals and documenting their lives — the Jouberts have made numerous discoveries regarding the wildlife in Africa, and have captured some of the rarest footage of the wild animals the world has ever seen.

One example is when they filmed a leopard caring for a baby baboon after killing its mother:

The Jouberts have been very involved in protecting wild lions and their habitat in recent years, having experienced the drastic decline of population numbers in just the past couple of decades.

Here’s a talk the two gave at TED back in December 2010, in which they discuss their work and their mission:

(via CBS News via Fstoppers)