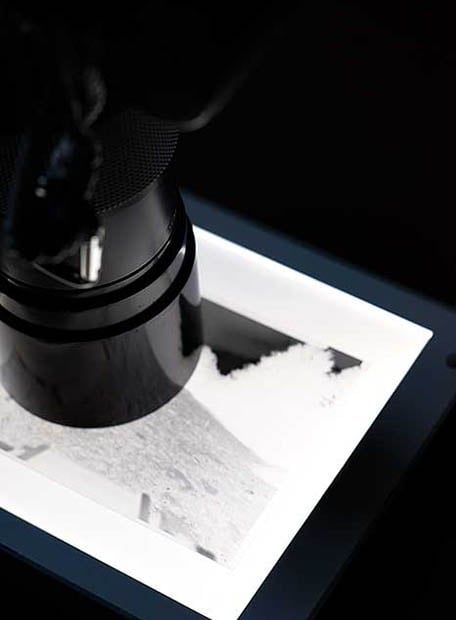 Yesterday I wrote a post showing the high level of image quality you can achieve by scanning film using a digital camera rather than a film scanner. This post will describe my personal technique for digitizing film using a DSLR and a macro lens.

The nice thing about this technique is that you’ll be able to extract all the information on the film even with a low-res digital camera, as long as you can increase the reproduction ratio and get used to compositing multiple files in one, like when doing a panoramic image. For the details please take a look at the previous post linked above.

The setup is really, really simple: simply place you camera vertically on top of the film (which is taped on a slide viewer) using a metal lens hood that acts as spacer, camera support, and light screen. Then you’ll use the Live View to focus on the film grain, and the self timer set at 2 seconds (or a soft shutter release) to avoid vibrations. 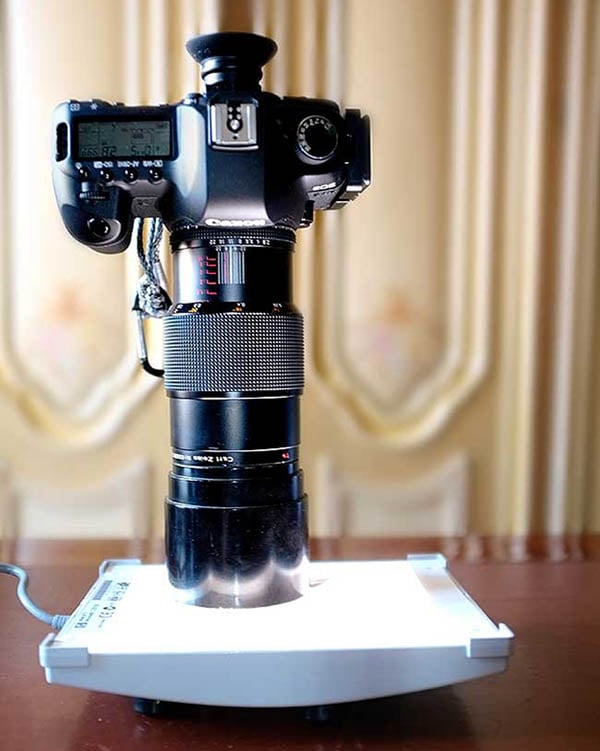 The secret is taking multiple shots of each film frame, and then combining the individual photos using panoramic software. How many shots you’ll need will depend on:

Generally I use a 1:2 enlargement ratio on medium and large format film and a 3:1 ratio on 35mm, and I get more or less these results:

Here is an example of a single piece of film captured with multiple macro photos: 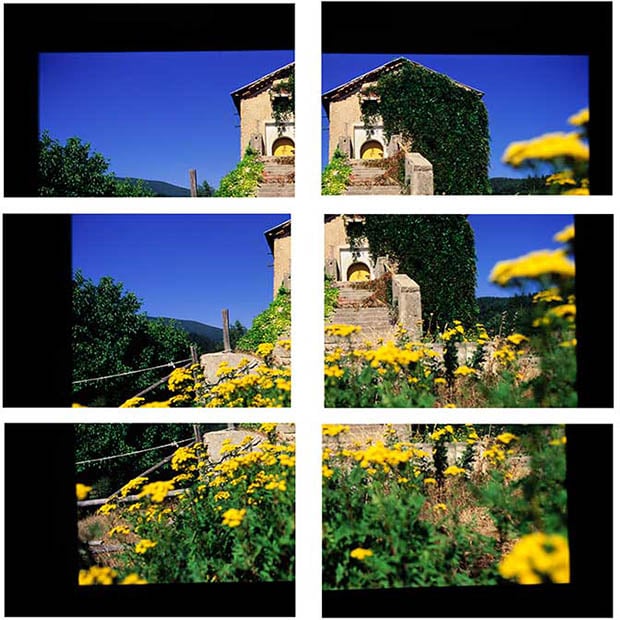 …and the resulting “scanned” photo that resulted after combining the shots: 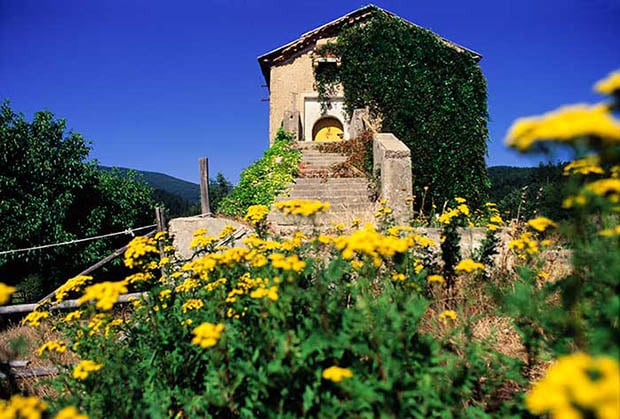 The shooting the photographs of the film generally takes about 15-30 seconds for each film; how much time the computer will need to join the shots will depend on your computer’s processor power, RAM, and the number of shots that need to be joined. Just to give you a rough idea, though: my 2011 iMac with 24GB of RAM generally takes 30-50 seconds to join 6 shots and up to 10 minutes to join 30 shots.

Using an higher reproduction ratio is more time consuming (you’ll need more shots to cover the same area), but as a result you will be able to extract the most detail from the film. Here are some examples showing my Canon setup at various reproduction ratios, compared to the results of a well-respected flatbed scanner, the Epson v700: 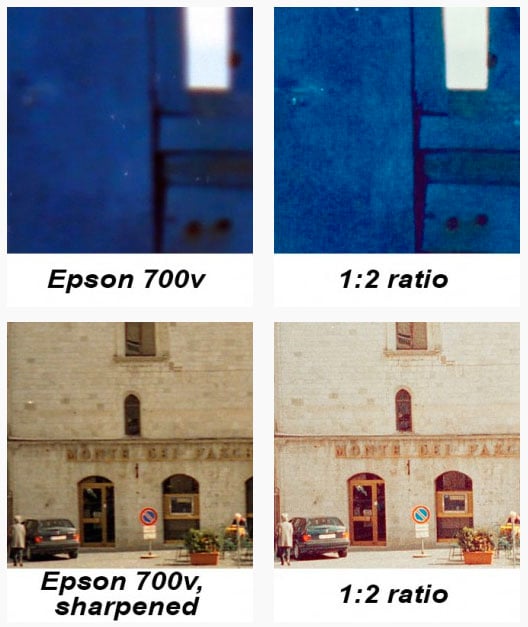 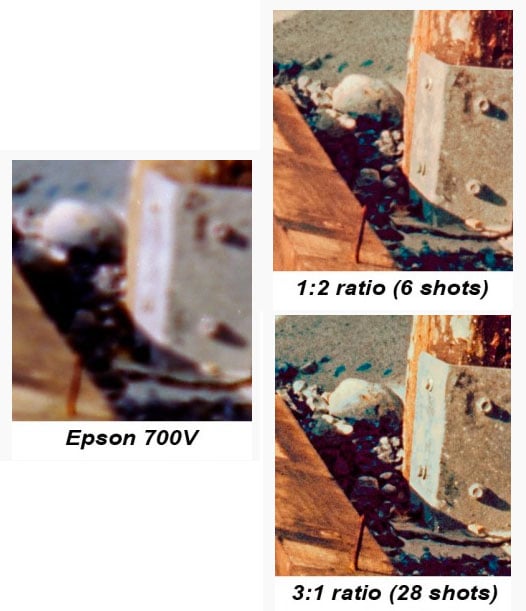 That’s all for the general gist of how I digitize using a DSLR. Now, on to some tips on how to optimizing this process:

The panoramic software you use is up to you — there are hundreds of them out there. The only important thing is that it has to let you join the files in a “matrix” fashion, not only in rows. Here some of the one I have tried or currently use, and a few notes for each one:

So there you have it: a way of digitizing film using a digital camera and macro lens instead of a dedicated film scanner!

About the author: Gianluca Bevacqua is a fine art photographer based in southern Italy who runs the website Addicted2light. This article was originally published here.