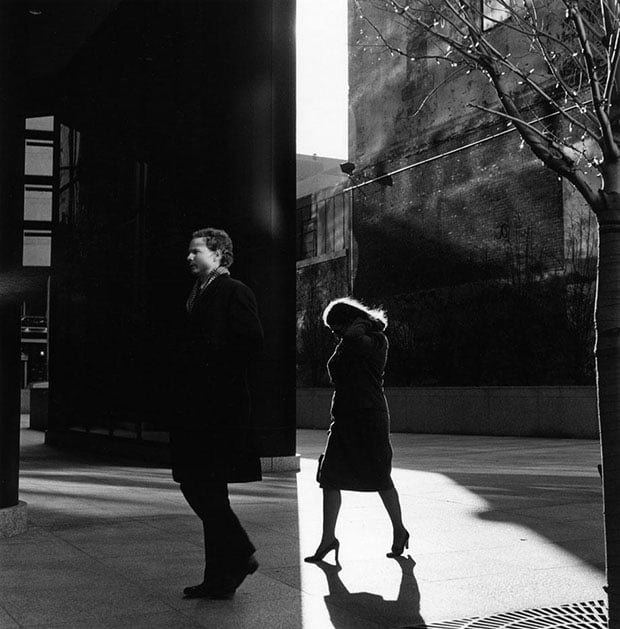 American photographer Ray K. Metzker has had a long and distinguished career in photography, and is well known for his cityscape and landscape images. Many of his street photographs exhibit what Henri Cartier-Bresson refers to as the “Decisive Moment” — that moment in which all the subjects and details in a scene come together just perfectly in your viewfinder.

While viewing the small collection of Metzker’s work collected in this post, check out how the photographer framed the light, shadow, and lines in each of the shots: 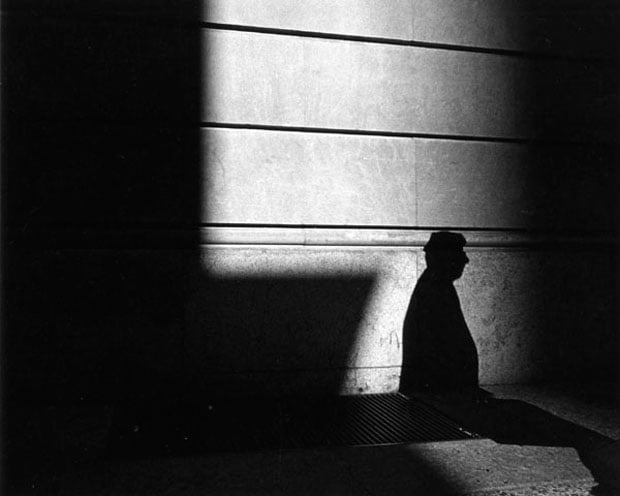 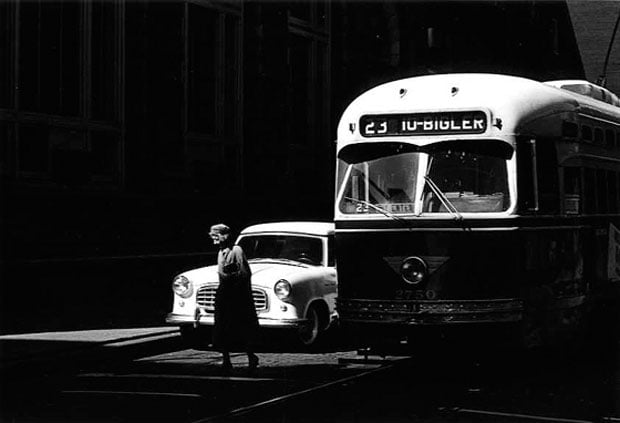 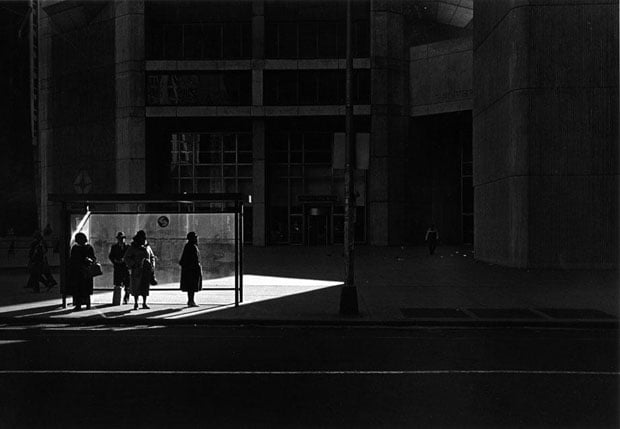 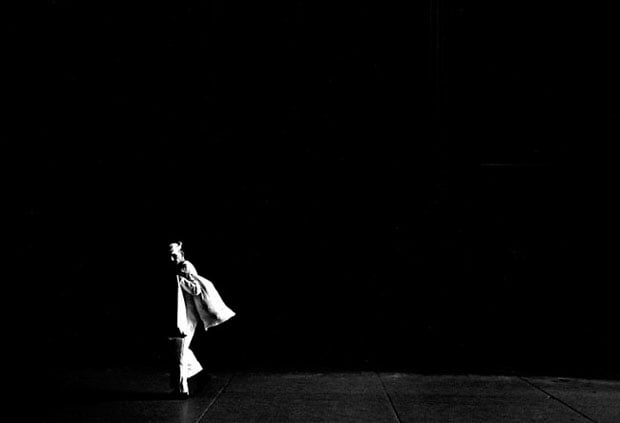 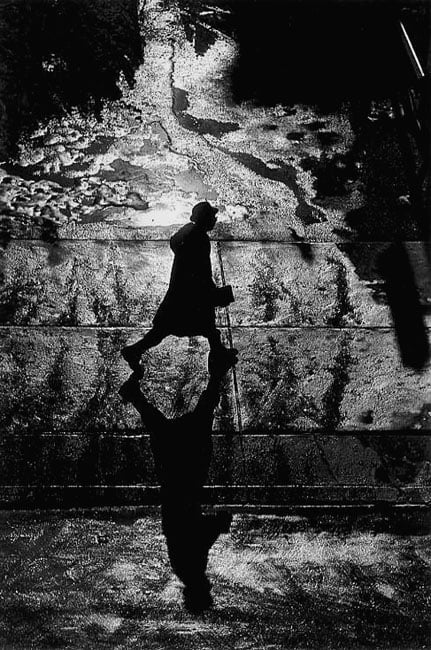 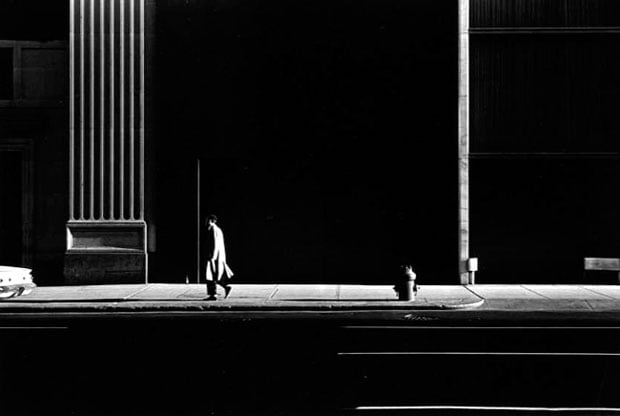 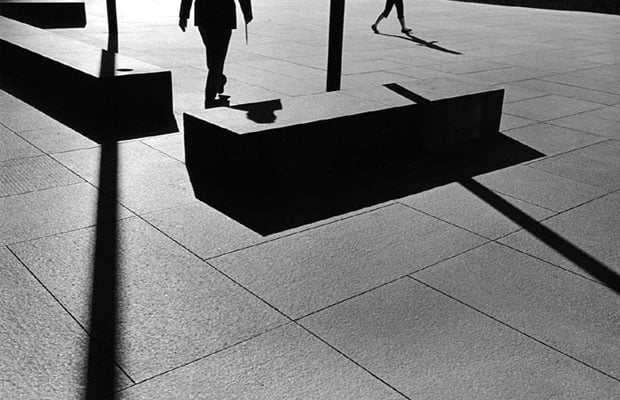 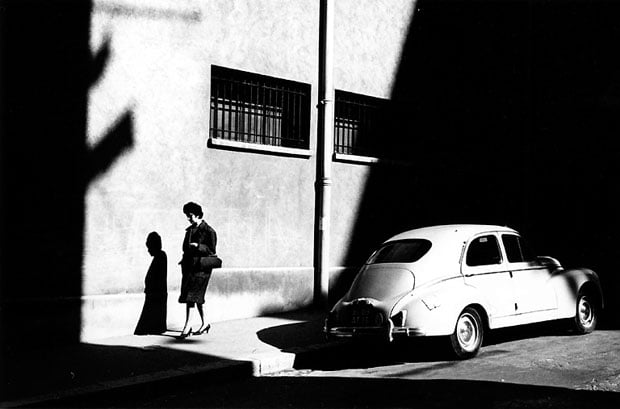 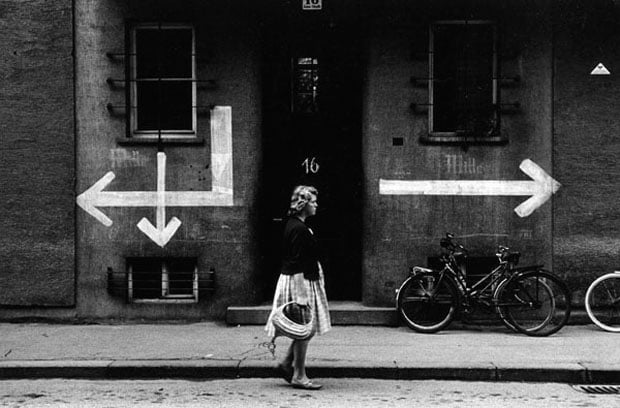 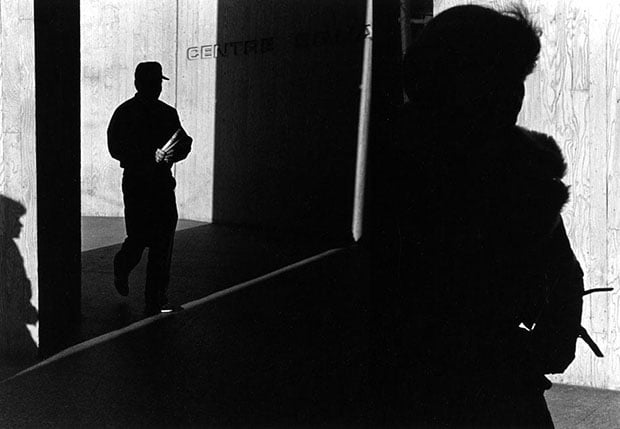 Metzker was born in 1931 in Milwaukee and attended the Institute of Design, Chicago–a renowned school that had a few years earlier been dubbed the New Bauhaus– from 1956 to 1959. He was thus an heir to the avant-garde photography that had developed in Europe in the 1920’s. Early in his career, his work was marked by unusual intensity. Composites, multiple-exposure, superimposition of negatives, juxtapositions of two images, solarization and other formal means were part and parcel of his vocabulary. He was committed to discovering the potential of black and white photography during the shooting and the printing, and has shown consummate skill in each stage of the photographic process. Ray Metzker’s unique and continually evolving mastery of light, shadow and line transform the ordinary in the realm of pure visual delight.

Major American museums began showing an interest in Metzker’s work in the 1960’s. Cementing his reputation as a master photographer, the museum of Modern Art in New York gave him his first one-man show in 1967. Retrospectives were organized in 1978 by the International Center of Photography in New York, and in 1984 by the Museum of fine Arts in Houston. The Houston exhibit was subsequently shown at the San Francisco Museum of Modern Art, the Art Institute of Chicago, the Philadelphia Museum of Art, the High Museum of Art, Atlanta, the International Museum of Photography, Rochester, and the National Museum of American Art, Washington, DC.

Head on over to the Laurence Miller Gallery website to see many more of Metzker’s photographs.

Inspiration
beautiful, blackandwhite, composition, framing, light, lightandshadows, monochrome, shadows, streetphotography
Related Articles
Discussion
Trending Articles
Mars Curiosity Rover Snaps Photo of ‘Doorway’ on Mars
May 16, 2022
Crocodile Dad Gives Over 100 Babies a Ride on His Back
May 15, 2022
Navy Fighter Jet Seen with ‘Shockwave Lines’ as It Nears Speed of Sound
May 16, 2022
The Science Behind Why Watches are Set to 10:10 in Advertising Photos
May 17, 2022
Astronaut Captures Lunar Eclipse from the International Space Station
May 17, 2022