Billy Rowlinson is a photographer based in London. He was an official photographer at the London 2012 Olympics this past summer at the age of 18. Visit his website here. 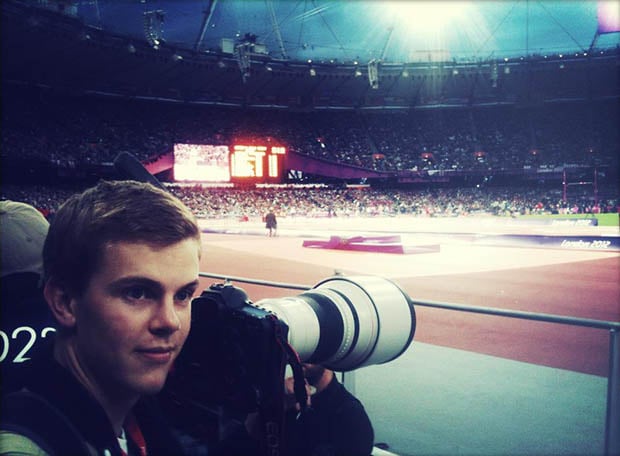 Billy Rowlinson: I’m Billy Rowlinson, I was born and currently live in London, United Kingdom. I turned 19 in October and I’m currently on a gap year before hopefully going to study Film Production at university. 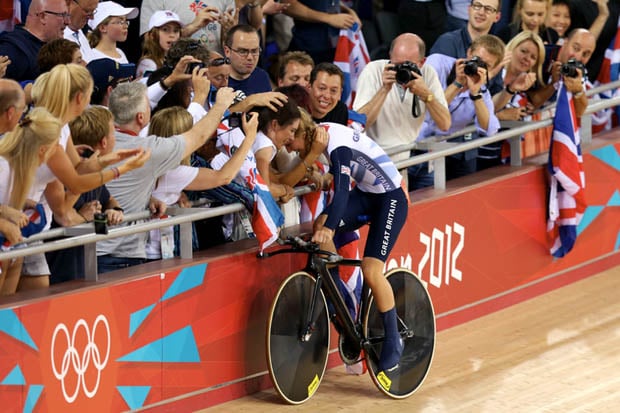 PP: How did you first get started in photography, and what was your first camera?

BR: I have been interested in photography from a young age as my parents were forever taking pictures of me and my siblings. As I got older I was given that same camera (a 35mm Minolta Dynax 700i) which I loved to use around the house and in the garden.

I got my first digital camera for my 10th birthday. It had a 2 megapixel sensor, which was pretty amazing at the time. I then spent time composing images and slowly started to learn what made a nice image.

When I was 13, I got a Saturday job at a Butchers in central London. This job allowed me to save up my money to buy better cameras including: a Canon 400D, 50D and 7D. I also have a collection of old cameras; a Kodak Brownie, a Zenith 80, an old Russian Zorki (Leica copy) and a small collection of rangefinders for a street photography project. PP: What equipment do you shoot with these days?

PP: How did you get hired to photograph the Olympics at such a young age?

BR: This journey to London 2012 Olympics started in 2010 when I won an international photography competition to ‘capture the spirit of youth sport’. It was run by the International Olympic Comittee on Flickr and the prize was to be flown to Singapore as an official photographer of the first ever Youth Olympics (despite being only 16 at the time).

I made some connections while I was in Singapore and was then asked to follow a journey of the youth athletes (from Singapore) who had qualified for the London 2012 Olympics. It was great to see athletes progress and follow their journey from 2010 to 2012.

I was aged 18 when covering the London 2012 Olympics, making me one of the youngest photographers at the biggest sporting event the world has ever seen. 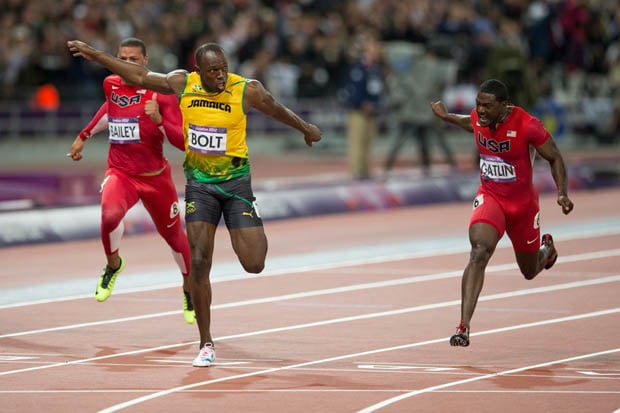 PP: Did you receive any weird looks from the other sports photographers covering the event?

BR: I got some strange looks in the first few days but once people got to know me that soon stopped.

PP: Have you been treated differently by clients due to your young age? If so, how do you overcome the prejudice?

BR: Not really, we have a laugh and joke about it but I guess if I can shoot the Olympics then they know I can do the job for them. PP: What was the biggest challenge you faced while photographing the Olympics in London?

BR: The Olympics is probably one of the most challenging gigs a photographer can undertake. I had read blogs and stuff about what to expect. This prepared me massively!

The most challenging element would be the long days and lack of sleep. I was up at 4AM most days to get into the Olympic park. The day would then be spent travelling to photograph events in various venues across London. Attending press conferences, filing images, sorting schedules for the following day, sorting technical problems with kit and laptops etc…

I would usually get back home for 3 hours of sleep before getting up and doing it all over again. PP: What’s your favorite memory from the Games?

BR: My favourite memory is a hard one! There were so many! I want to say Usain Bolt’s 100 metre final, but that’s too obvious, so I’ll say Bradley Wiggins winning the Time Trial for Team GB. It was less then a month after he become the first Briton to win the Tour De France. 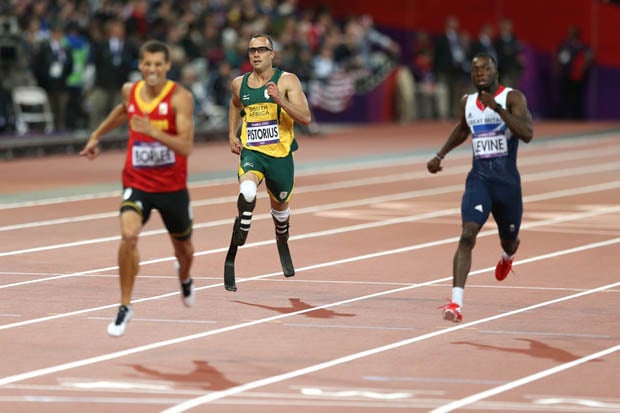 PP: What’s the most important thing you’ve learned from the experience?

BR: Ensure you keep yourself fuelled! I bought a ThinkTank utility belt which almost every sport photographer has. It was handy for carrying bottles of water and energy bars. And from a photography perspective: always pack spare batteries and memory cards (I packed 5 CF cards and 4 batteries, which was enough, but sometimes I wish I had more). 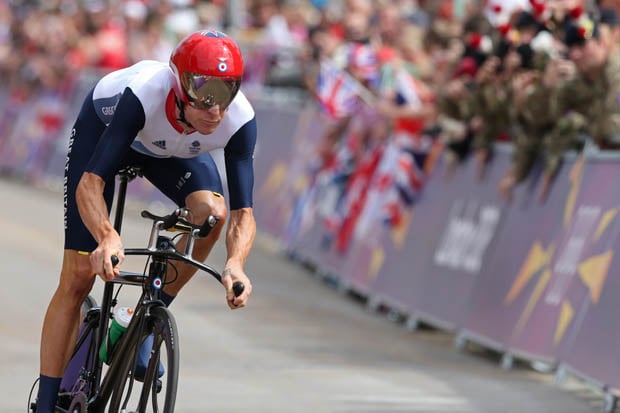 PP: Do you hope to work full-time as a professional photographer in the future?

BR: I have (even at this age!) worked as a professional photographer, freelancing for the past few years and working for clients such as RedBull, The Guardian Newspaper, Live Magazine and also assisting photographers on shoots for Ikea, Ford, Gillete and Theme Park Alton Towers.

However with the industry changing I have decided to go into studying film production, which still requires many of the same skills. 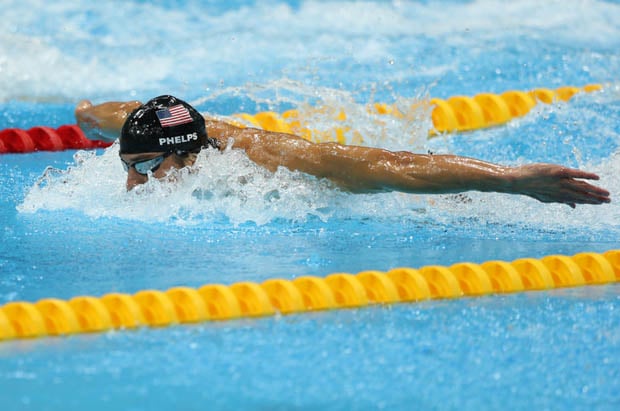 PP: Why are you moving into video rather than staying with still photography?

BR: I’ve always been fascinated by film and I had the opportunity to be a stills photographer on a small movie set; it was interesting. The other reason is that there seems to be more of a demand for film and video these days. And of course photography and video are very similar in terms of lighting, composition and camera angles, so it wouldn’t hurt to learn it. 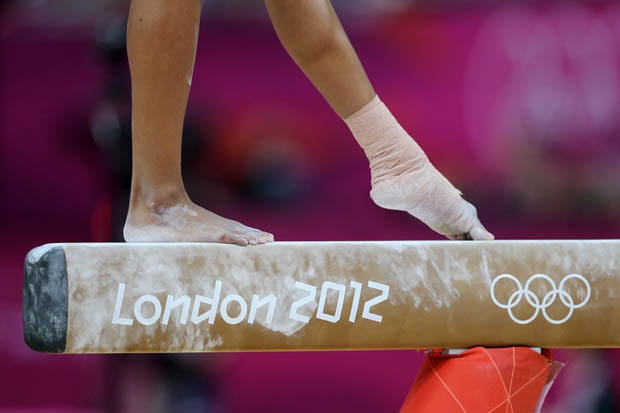 PP: What was your workflow like? Did you simply dump all of your images onto a server, or did you have to do some editing and post-processing yourself?

BR: My workflow was pretty fast. As soon as I had covered an event, I would go to the press room (every venue had a dedicated room for photographers with Internet, lockers and food) where I would then offload my CF cards into Photo Mechanic, a brilliant piece of software which speeds up workflow.

I would then quickly go through and choose the best 10 images, give them slight edits (exposure, maybe a slight crop), and then upload them onto the server. Pack my gear then go to the next venue. It was very rushed but it worked well. PP: What photograph from the Olympics are you the most proud of?

BR: The image that I’m most proud of would probably be the the image that receives the most questions: the image underwater. I wanted to capture an image from underwater but I didn’t have underwater housing or remote triggers like photo agencies have access too, so I got permission to be escorted underneath the pool where there was viewing windows (for photographers) I spent 10 minutes down there and captured this images of a diver entering the water. I shot on a wide 16mm so that I could keep the Olympic Rings in shot – to give the image more context. 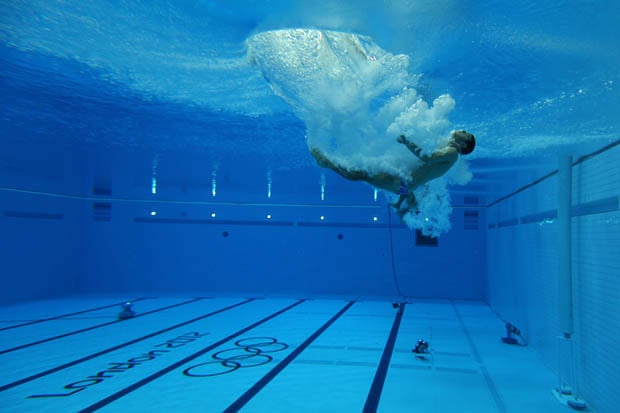 PP: What’s something about photographing at the Olympics that most people don’t know or realize?

BR: It’s long hours, as I mentioned before. It’s far from glamorous but it’s also one of the most rewarding and exciting things I have ever done. I also get the best seats in the venues, whether that is next to the athletics track, next to the pool or at the finish line of the time trial. PP: What would you do differently if you could go back and shoot the London Olympics again?

BR: I would try and photograph more wide angle shots of venues using a 8-15mm.

PP: What advice do you have for people regarding sports photography?

BR: Always look for a nice clean background when shooting sport photography or a nice iconic background. Also try to invest in lenses with a large aperture of f/2.8 or more, this will allow you to shoot at a faster shutter speed.

BR: Merry Christmas! I hope the New Year brings you all lots of luck!