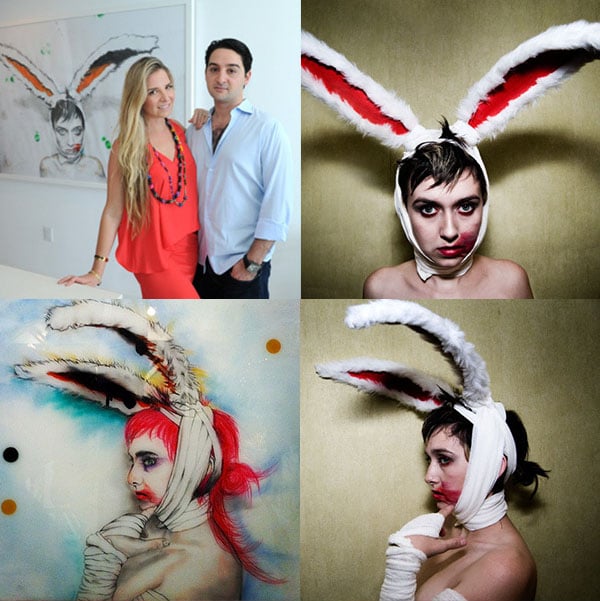 Getting your work copied, ripped off and/or stolen is a sad reality in the digital age. In fact, earlier this year we shared a website dedicated to ousting copycats and were shocked at how much copyright infringement was really out there. But where finding your work on another “photographer’s” website would be startling enough, how would you feel if you found it while browsing a major art show?

That’s exactly what happened to artist Jason Levesque this last weekend. While walking around Art Basel in Miami Beach, Levesque noticed that three of the pieces presented by the Robert Fontaine Gallery looked a bit more than familiar.

That’s because two of them were based on his photography, and one on his good friend Marie Killen‘s work. After returning home, Levesque did an online search and discovered additional paintings “inspired” by his and Killen’s photographs.

In the photos above, the images on the left show paintings by the artist, which are obviously based on the Levesque on the right. Here are a few comparisons with Killen’s work (again, the infringing artwork is on the left, and the original photos are on the right): 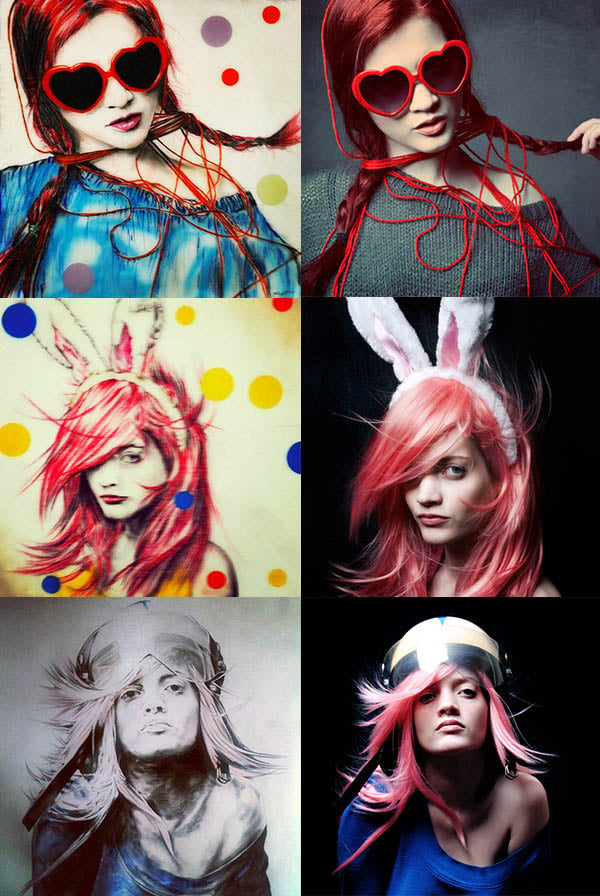 Understandably upset, Levesque took to Facebook to share his findings, exposing Josafat Miranda (the artist behind the three paintings on display). He writes,

What Josafat Miranda has done here reveals a total disrespect for photography as an art form. He’s quickly and with very little creative altercation, harvesting the yield of someone else’s hard work. What makes a painting strong, isn’t just the brush strokes and the rendering method, more, much more, than that is the composition, the subject matter and the hundreds of creative decisions that go into making an original piece of art.

While this case won’t get nearly as much publicity, this type of derivative work is reminiscent of the HOPE poster controversy — how much do you have to change before a piece of art becomes original?

I didn’t steal these images. My only mistake was not giving the original artists credit. I’ve now spoken to them and apologized to them. We came to the agreement that I have to take everything down and destroy it, which is exactly what I’m going to do […] Now everything is all f**ked up. I don’t have a gallery. I don’t have a job. I don’t have any way to make money … Now nobody wants to buy my work, even though most of it isn’t a copy of anything. I’m not a millionaire! I live in a tiny little room and people think that I’m some famous millionaire. It’s not the case.

People are cursing me online, wishing I were dead. In my series there is no specification because it’s not a projection of ‘my work.’ There are millions of piece of art in the world by millions of artists. Yes, I made a mistake by not giving the original artists credit, but come those who live in glass houses shouldn’t throw stones. It’s art.