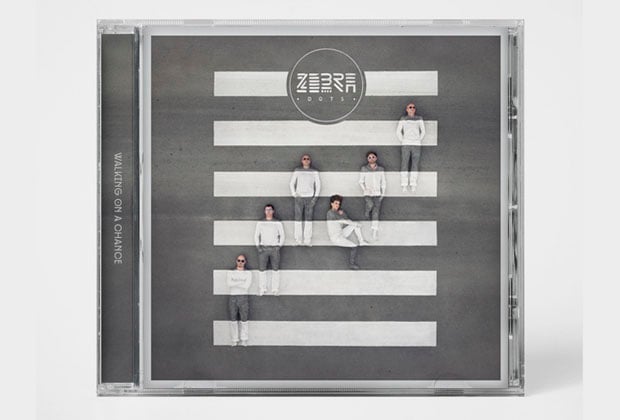 Taking a page out of The Beatles’ book, Slovenia- and Croatia-based band Zebra Dots has an album cover for their debut record that features a zebra lane cross walk. Instead of strolling across it, however, the band members are lying on top of the thick lines, with their bodies blended into the zebra lines and their heads serving as dots. (You can also see it as musical notes on a staff).

The photograph isn’t Photoshopped. Instead, Slovenian creative collective Multipraktik spent a good deal of time and energy painting the lines, painting the musicians, and then shooting the photo from above. Here’s a behind-the-scenes video showing how the image was created:

We were aproached by this new band with lots of potential and with a strange name Zebra Dots. They wanted a visual identity and album design, so we were thinking and came up with an idea to disguise them on a zebra lanes and their heads would act as dots. We found an empty spot behind some abandoned wearhouses in Ljubljana (capital of Slovenia), did the full size zebra lanes, colored the whole band, brought in the crane, did some fine tuning and made the shot. The whole thing lasted a full day.

The budget for the photograph was relatively small (less than the cost of a DSLR), since the group was able to reduce the costs by enlisting help from friends.

Roughly 4 gallons of white paint were used to paint the ground, and 4 graffiti cans were used to colorize the band members.

The photograph itself was captured using a Canon 5D Mark II mounted to a Manfrotto magic arm that was attached to a crane.

The photographer and director were lifted to around 10 meters (~33 feet) off the ground.

Here’s the final photograph that was captured through the shoot: …and here’s what it looks like as the finished album cover: 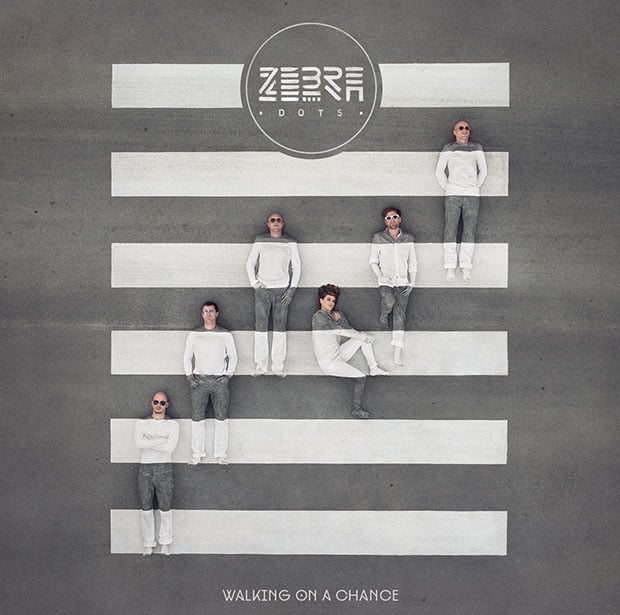 Spotted: A Leica-Branded Pen and Coffee Cup, and a Pentax Q10 Watch