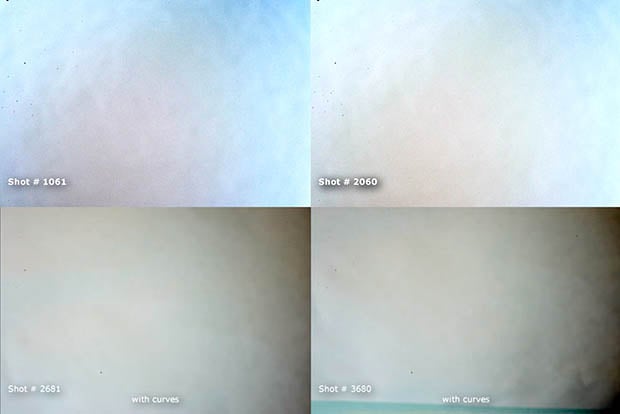 Photographer Kyle Clements‘ time-lapse showing specks accumulating on the Nikon D600 over the first 1000 shots has been seen by nearly 200,000 people around the web in less than a week. Through the exposure his experiment has gotten, Clements received a good deal of feedback and suggestions regarding further experiments and what the specks might be. He has since done two new time-lapse experiments that sheds a little more light on the issue.


For the next thousand shots with what Clements believes can be “one of the best damned cameras on the market”, he pointed the camera straight down to see if gravity has any effect on the accumulation of specks:

Clements discovered that hardly any new specks appear when the camera is pointed downward: 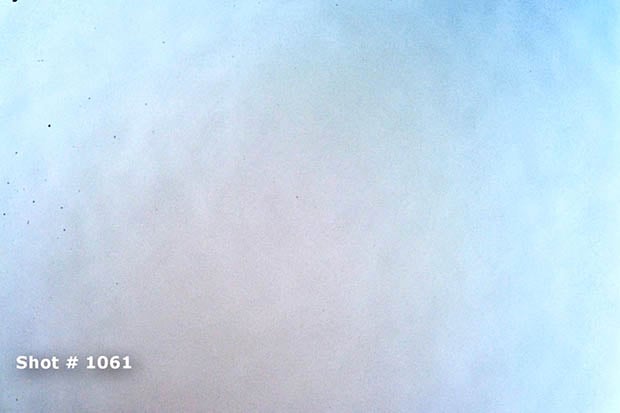 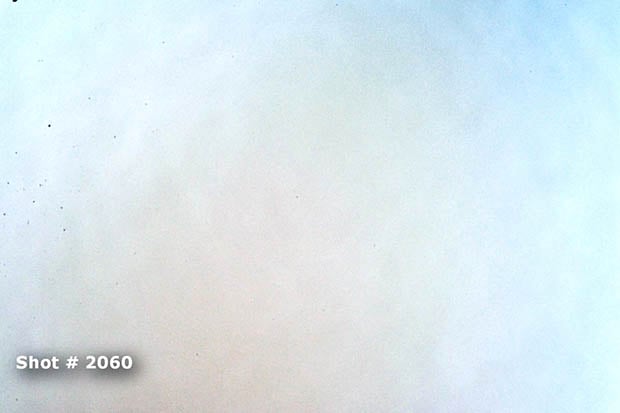 Another point that has been popping up since the beginning is that the specks appear to be oil/lubricant splattering onto the sensor rather than dust accumulating. Clements thinks this is the case, as he wasn’t able to clear the specks with both a rubber air-blower bulb and the camera’s sensor cleaning option:

I’ve run the automatic sensor cleaning option a number of times without seeing a single spot disappear. (is this a real function, or just a placebo option? I can press my ear against the camera while it’s running the self cleaning and not hear a thing.) [#]

I did use a hand pump blower to blast away any loose dust that had build up, and that did eliminate several spots, but the vast majority of them remain stuck to the sensor, and a DIY wet cleaning would void the warranty, which I am not prepared to do on a piece of equipment that is only one week old. [#]

Specks of liquid spatter isn’t an uncommon issue with new DSLRs, but the good thing is that it’s a short-lived issue. After shooting a few thousand shots (3000 is supposedly “the magic number”), you likely won’t see any more spatter. It’s just that the D600 seems to have a particularly nasty case of it in one particular corner of the frame.

Upon hearing these things, Clements did a third test. He redid his first test with exactly the same setup and settings, just to see if the problem is starting to disappear:

The answer turns out to be: yes. Although a few specks do appear, the spatter is nothing close to what we all saw during the first thousand frames. 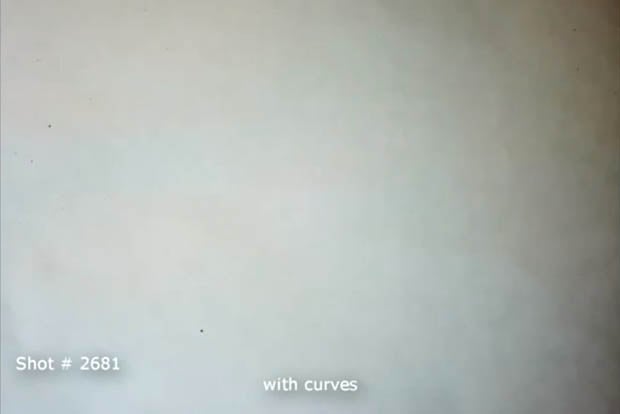 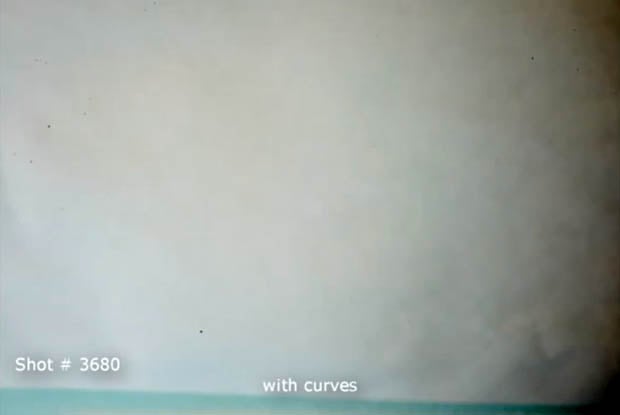 If you’re the owner of a new Nikon D600 and have been torn between your love of the camera and this speck issue, here’s what you should try: go ahead and use it, and after about 3,000 or 4,000, take Nikon’s advice and get a thorough cleaning done. The issue might just disappear along with the specks!

P.S. Ken Rockwell dismisses the issue entirely in his review of the camera:

My D600 is fine, and if it weren’t, Nikon would fix it under warranty. It doesn’t bother me, but I’m astounded at how many impressionable people have gotten all terrified of this not because they’ve ever seen the problem, but because they read it somewhere as posted by some stranger.

So according to Mr. Rockwell, DPReview now qualifies as “some stranger.”