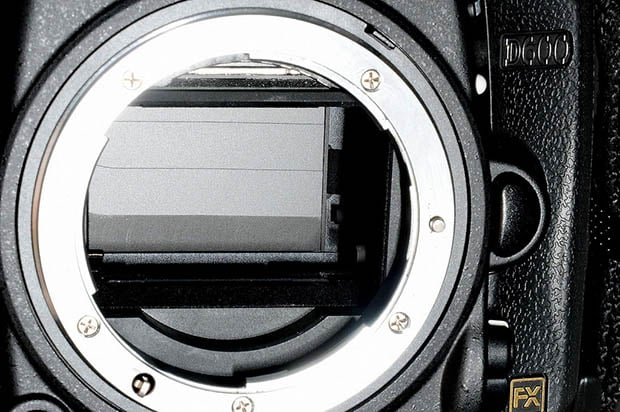 It has been widely reported that the new Nikon D600 full-frame DSLR suffers from a higher-than-normal amount of dark spots appearing on the sensor. Yesterday we shared one photographer’s time-lapse video that demonstrates that the issue occurs right out of the box without any lens swaps.

Photographer Daniel Gaworski has been experiencing the same problem, and decided to take a closer look at his D600. He discovered that his camera’s shutter curtain contains scratch marks on the bottom flap (see above), particularly in one corner of the camera.


Here’s a closer look at the curtain and its scratches: 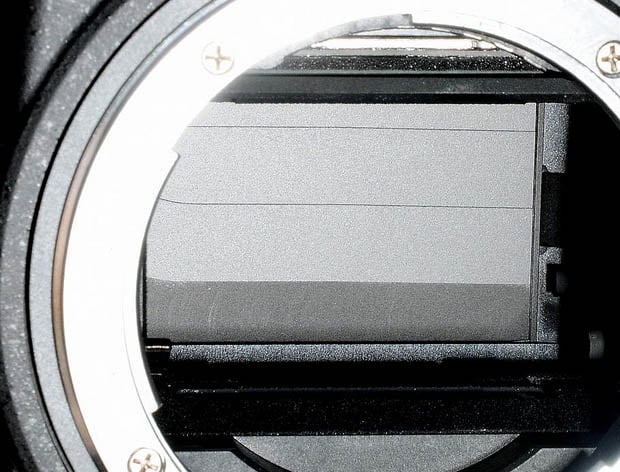 Gaworski wonders whether the spots could simply be the scratched-off coating of the curtain:

Just found another potential reason of the “oil/dust” problems. The coating on the lower part of the shutter courtain gets scratched off as it moves […] it’s only noticable if I look at a right angle. There are shiny(-er), curved stripes on the matte coating. [#]

When we first reported on this problem last month, we shared the following image by Roger Cicala of LensRentals, who overlaid photos from 20 different D600 DSLRs. The image shows that the specks seem to plague one corner of the sensor in particular: 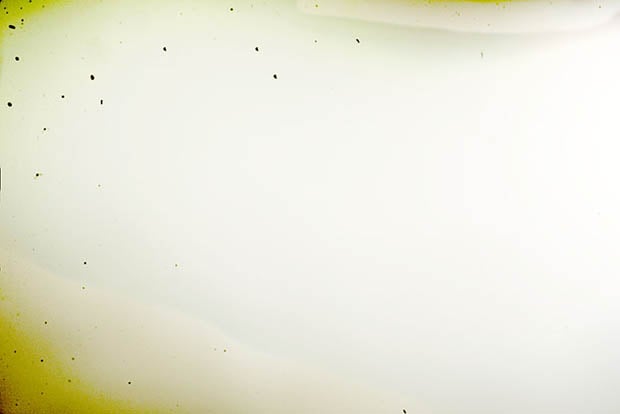 Nikon has yet to issue an official statement regarding this issue, but Gaworski’s theory seems like it has some merit. It would explain why the specks seem to be localized to one area of the sensor, and why the problem appears without doing any lens swaps on a brand new D600.

A second “scratch theory” has been floating around as well. Photographers over in Taiwan are wondering whether the specks could be due to scratches directly under the mirror: 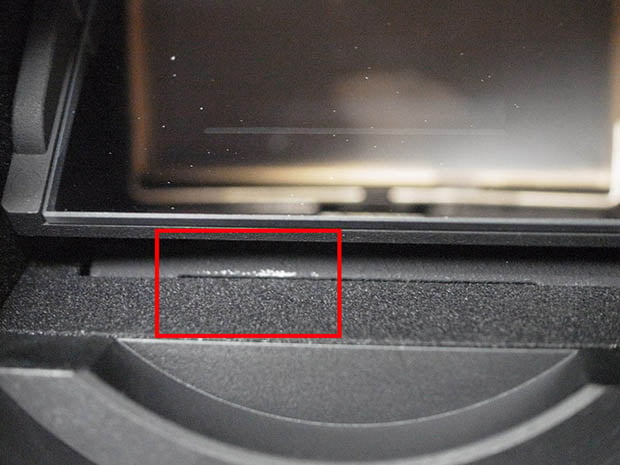 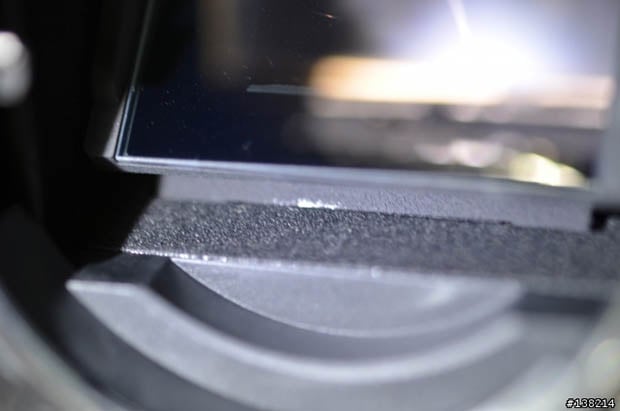 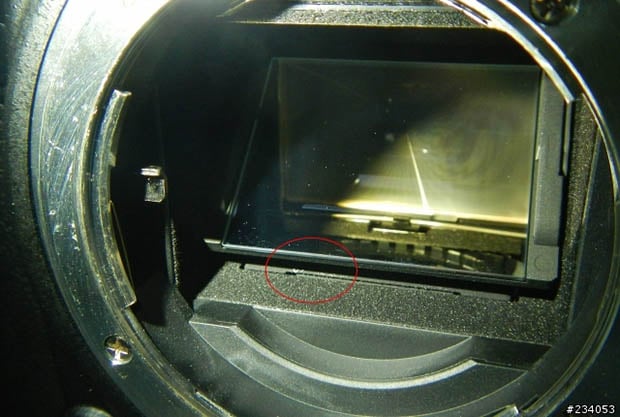 If you’ve been having dust issues with your D600, take a peek inside your mirror box (and behind the mirror). Let us know in the comments whether you see any of the scratches seen above!

P.S. The examples we’ve shared of this dust issue have all been shot using high f-stops in order to exaggerate the specks. They may not show up at all in most of your ordinary photographs, and the D600 has otherwise been scoring very high marks from reviewers.

Update: Nikon has indeed released an initial official response. The company recommends getting your response cleaned if you’re bothered by the specks.

Image credits: Photographs by Daniel Gaworski and used with permission