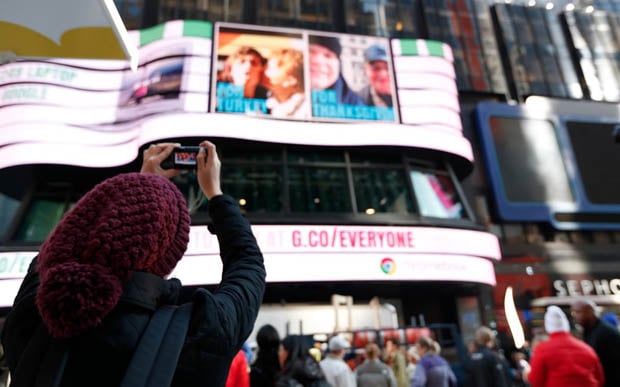 If you’ve always wanted your photography prominently displayed in New York City’s Times Square, Google can help make it happen — as long as you’re okay with adding some text to your picture and participating in a marketing effort. To show that its new line of Chromebook laptops is designed for all kinds of users, the Mountain View-based company has launched a new campaign called For Everyone. It’s a giant photo gallery that invites the world to upload photos that answer the question, “who are Chromebooks for?”


The simple page contains an applet that lets you add a photo and then easily add a single “For” caption. Some of the captions we spotted include “For Moms,” “For Science,” “For Getting Somewhere,” and “For Best Friends.”

Once uploaded, the photos are shared through the website, and — if you’re lucky — on giant screens located in Times Square: 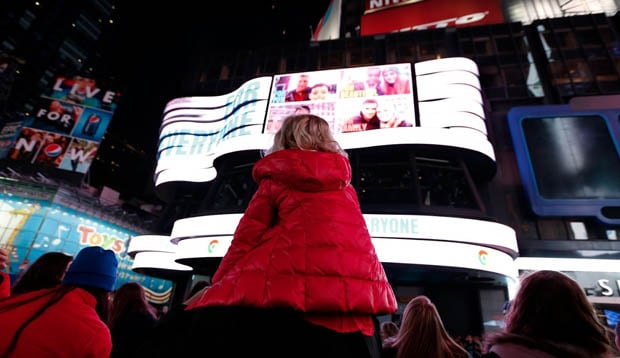 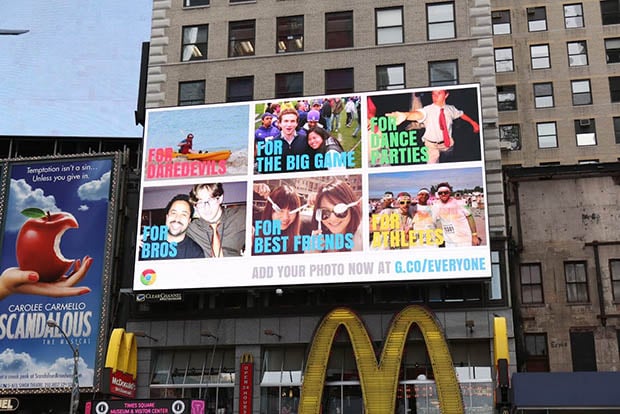 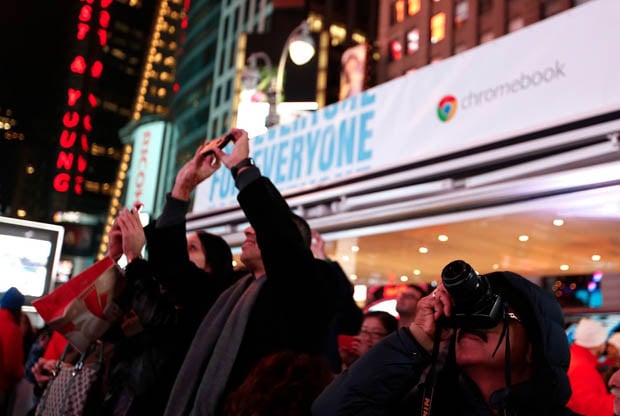 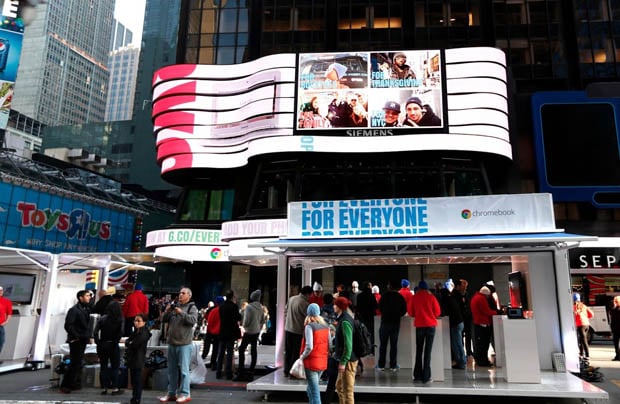 Some people are getting creative with the photo-sharing system. At least one guy used the promotion to propose to his girlfriend on the big screens (presumably with a little help from Google). His caption read: “FOR TIFFANY WILL YOU MARRY ME?”: 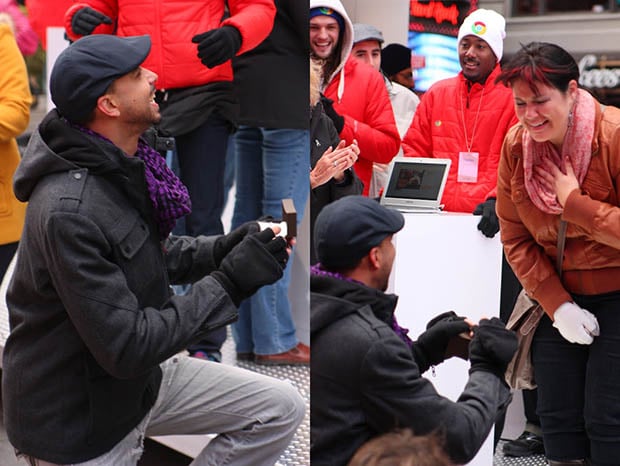 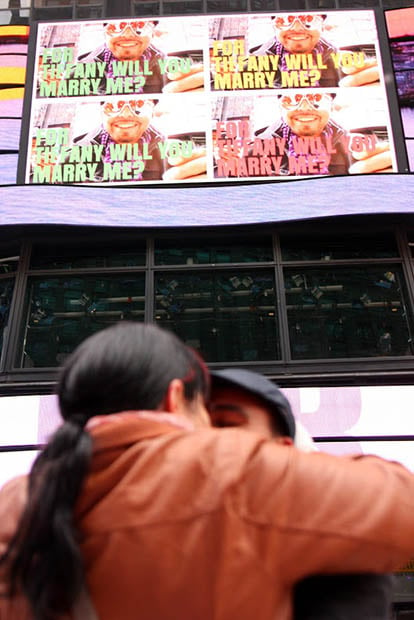 Even if your photo is chosen for a few moments of glory in Times Square, it’ll be a bit difficult to find out unless you’re there to see the appearance for yourself, so you might need to just be content with seeing it displayed on the website for all to see.

Gallery For Everyone (via Engadget)