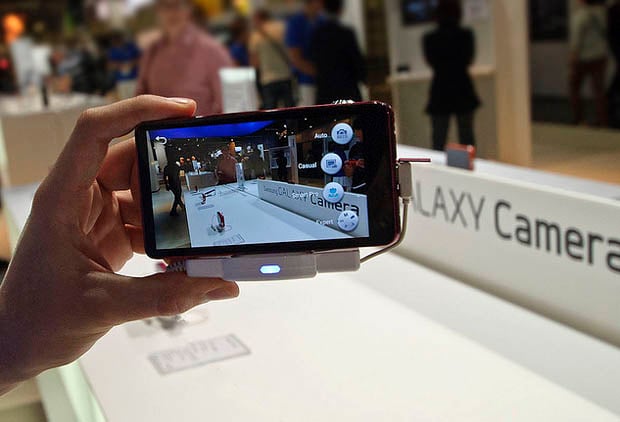 Samsung’s smartphone-esque Galaxy Camera finally has a definite price and launch date. AT&T announced today that it will begin selling the Android-powered camera on November 16, 2012 for $500. The camera comes with Android 4.1 Jelly Bean and can be connected to the Internet via the carrier’s 4G mobile network.


As we’ve reported before, the Galaxy Camera features a 16-megapixel 1/2.3-inch sensor (pretty small when it comes to sensors), a giant 4.8-inch LCD touchscreen, a 21x optical zoom lens, a speedy quad-core 1.4GHz processor (yes, we’re talking about processor clock rates in cameras now), manual controls, and all kinds of random tools that you’d expect from a camera loaded with a mobile OS.

The camera is one of the first — if not the first — dedicated camera that users can subscribe to a data plan for. Plans range from $15/month for 250MB to $50/month for 5GB.

When the camera finally hits store shelves, you’ll be able to pick one up at AT&T retailers and through the carrier’s website.

Image credit: Photo based on Samsung_Galaxy_rear by Chris Ruggles