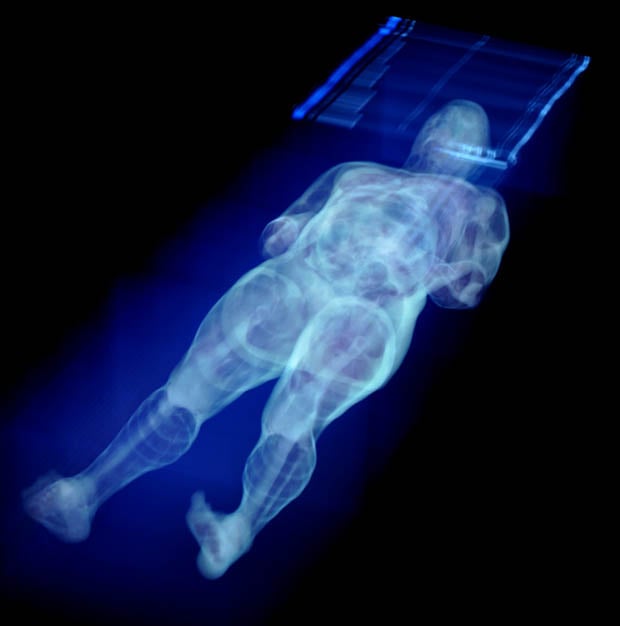 In 1993, a convicted murderer named Joseph Paul Jernigan was executed. Having donated his body to science, his body was sliced to provide 1,871 high-resolution cross-section photographs of human anatomy in what is known as the Visible Human Project.

Last year we shared a project called 12:31, in which two photographers used an animation of the cross-section slices to photograph ghostly figures through light-painting. Inspired by that project, photographer Andy Leach recently used the animation for a shoot of his own: he recreated Jernigan’s body as a hologram.

Here’s what Leach tells us about his project:

I’ve always been fascinated with light and movement and the ability to capture both over time with long exposures. Shortly after buying my first tablet computer, I soon found myself using it as a light source for my photography, experimenting with apps like ‘Holographium‘.

In search of something a little more organic, I came across project 12:31 and the video it used, and thought I’d give it a go myself with my DSLR. Capturing the short animation on a 20 second exposure, I slowly dragged the tablet screen freehand through the frame. There was a lot of trial and error involved to get the timing right and the motion smooth.

I turned the screen brightness right up, which let me turn the camera ISO down and find an aperture that kept the whole image in focus. I found capturing the screen at different angles gave the final image a different hue and contrast, and in the end opted for an isometric look. I like the fact that you can see the screen icons tracing through the initial part of the exposure. It gives the viewer a visual insight in to how the image was created. 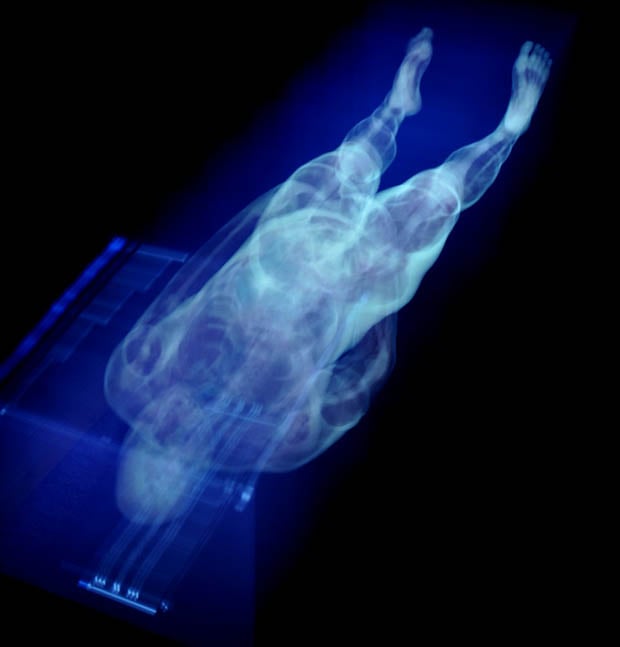 Image credits: Photographs by Andy Leach and used with permission