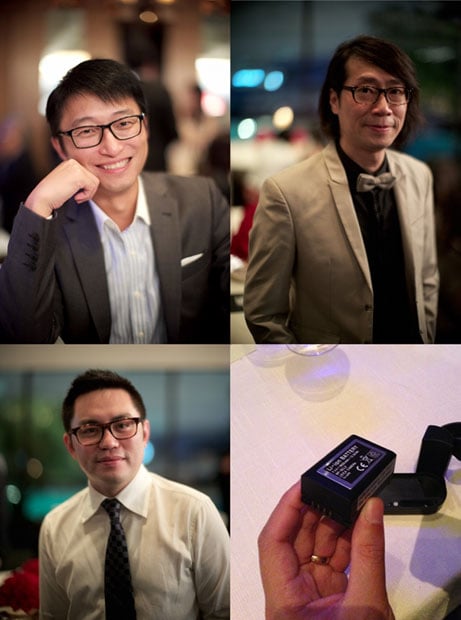 Leica’s new flagship digital rangefinder, the Leica M, was announced more than a month ago, but things have been very quiet in regards to sample photos demonstrating the camera’s capabilities. If you’ve been dying see actual photos shot using the camera, today’s your lucky day. Pandachief over at the forum HK LFC has published quite a few sample photographs shot in a low-light environment (it appears to be a dinner party).

The images were shot using a Leica Noctilux f/1 lens wide-open, and look quite nice even when the camera is boosted up to ISO 1000 and ISO 2000. For comparison’s sake, here’s what an iPhone 4S photo looks like in the same dimly-lit environment.

Another member, rayyen, offers some of his first impressions of the camera:

[…] the design, weight, leather, almost identical to current digital M9 […] The traditional 3 or 5 sets framline all gone. When you half press the shutter, a new light blue colour electronic frameline will appears in the viewfinder. Very similar to M9Ti design […] [The white balance is] way better than the funny WB of M9 […] Everyone was pleased by the new LCD, larger and hi def. Now can really check focus and sharpness on LCD.

Pandachief also shared a photograph of the new battery used in the camera, which is heftier than the one used in previous M rangefinders.

Update: It seems the thread is now only viewable by registered members. That’s a shame.