Announced on Monday, Leica’s new M rangefinder does away with the classic numbering system and simply goes by its model name. We got a chance to handle one a couple of times after the initial announcement… after fighting through the hoards that were clamoring to get a peek.


Like all M rangefinders, the camera feels quite solid and hefty in your hand. 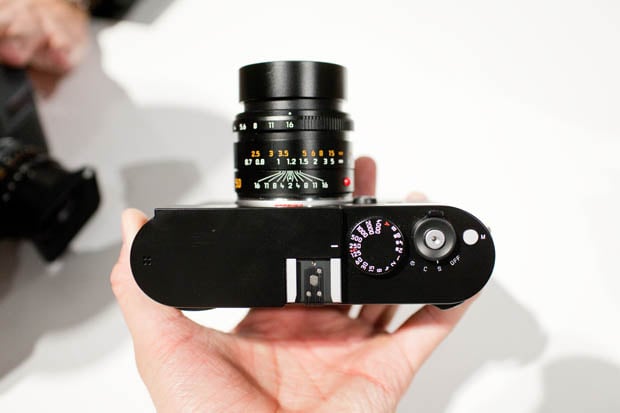 The design of the camera hasn’t changed too much from previous versions. One noticeable that the four-directional clicker/wheel on the right side has been moved higher and is now silver. Some might call the change ugly, but it’s simply a matter of preference.

Another is the introduction of a new thumb rest and setting dial on the upper right.

The LCD screen has a pretty thick layer of glass over it. This is Gorilla Glass, which should give you a little more peace of mind when carrying this $6,950 baby around. The camera should now be able to endure quite a few bumps without its screen shattering.

The rectangular buttons on the left side include a new member that wasn’t present on any previous M cameras: LV, or Live View. 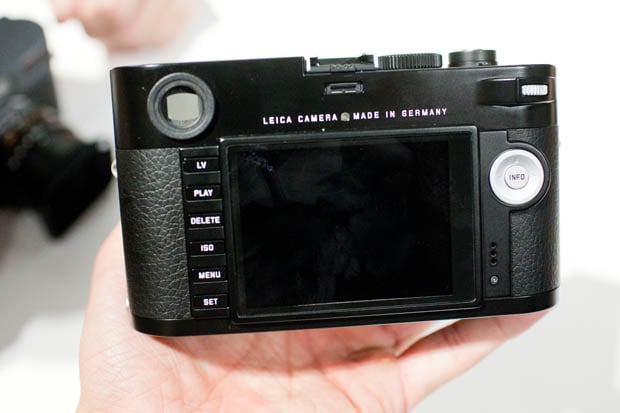 Turning on Live View displays a pretty nice image on the 3-inch 920K pixel screen. It’s gets a bit laggy in low-light situations, but this is pretty common in live view. 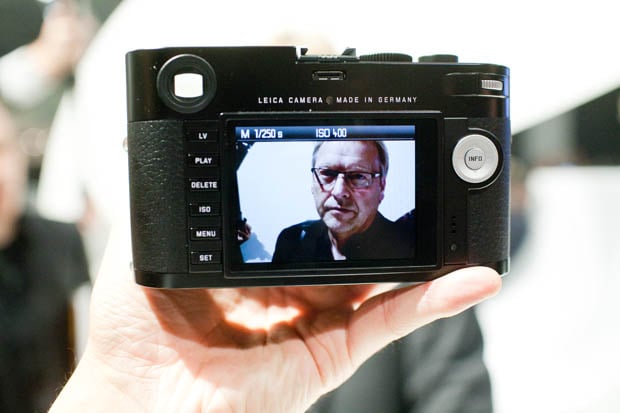 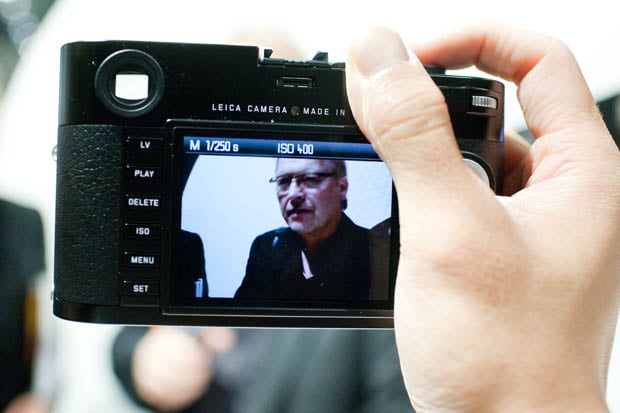 Along with Live View on the main screen, photographers now also have the option of attaching an electronic viewfinder to the camera. The Leica EVF2 is a rebranded Olympus VF-2, so both will work on the camera. At $525, however, the Leica version costs more than $300 more than its Olympus counterpart (say hello luxury markup). 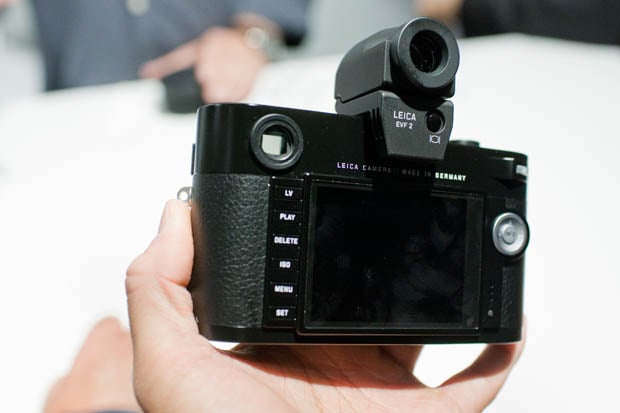 The viewfinder slides on and off the camera very easily, and is quite nice to use. It can also tilt at an angle, allowing you to look down into your camera while shooting (perhaps useful for street photography). 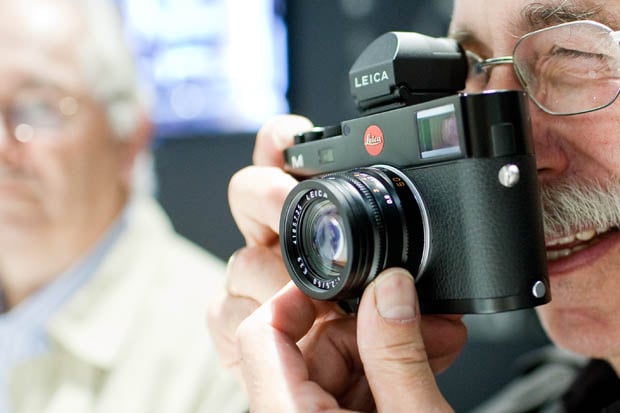 Here’s a short video shot using an iPhone that gives a glimpse at what the EVF is like. Apologies for the poor quality and constantly shifting exposure (the moments in which everything is blown out are due to the iPhone, not the EVF):

We didn’t get to play around with the camera’s HD video recording, so keep your eyes peeled for sample videos shot using the camera. They’ll likely pop up on the Internet soon.

Leica has definitely gone in a new direction with the M that is likely to both anger purists and be inviting to new adopters. The people who bemoaned the shift away from film to digital will likely also hate these new changes — which add very standard digital camera features to the Leica M line — but as long as they don’t interfere with the camera’s operation or image quality, most Leica shooters will probably appreciate the increased flexibility they offer.

Full disclosure: Leica is a sponsor of our coverage of Photokina 2012