Notice anything cringeworthy in the photo above? Yup, that’s a Canon 5D Mark III (with a battery grip attached) and 70-200mm f/2.8 IS lens flying through the air.

Photographer David Hartl tells us the story behind the photo:

This picture was taken last Saturday at an indoor ski and snowboard contest, the Antwerp Railbattle in Belgium. Riders have to pull off the best trick coming down the rails. The snowboarder in this specific photo wasn’t that lucky; neither was the photographer in his path. When the rider came down the most difficult rail, he got out of balance, almost missing the rail completely. On the way down his board slammed into the photographer who was standing on the stairs next to the rail.

The photographer jumped (or fell) down the stairs while flailing his hands in the air. This move made him throw his expensive Canon DSLR sky-high and to a not-so-soft (and wet) landing. Luckily for him, besides a scratch or two the Canon was unharmed and working perfectly.

Here’s the entire sequence of photos captured in burst mode: 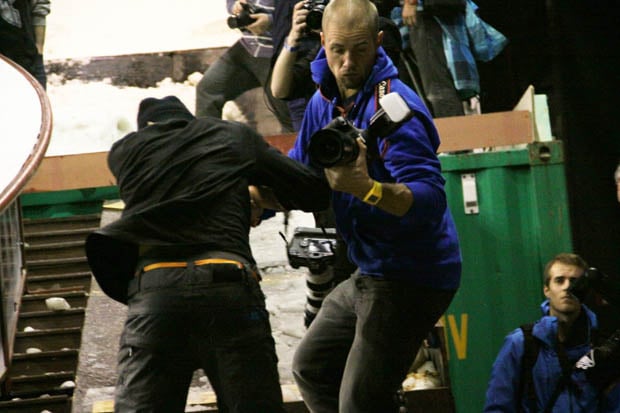 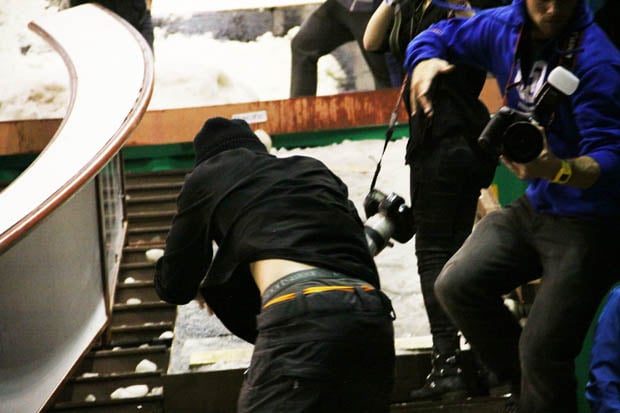 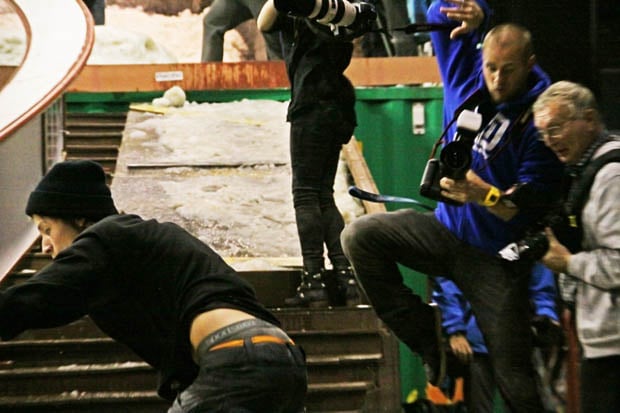 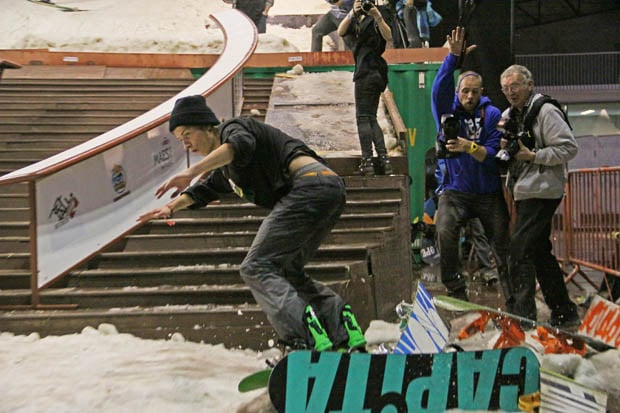 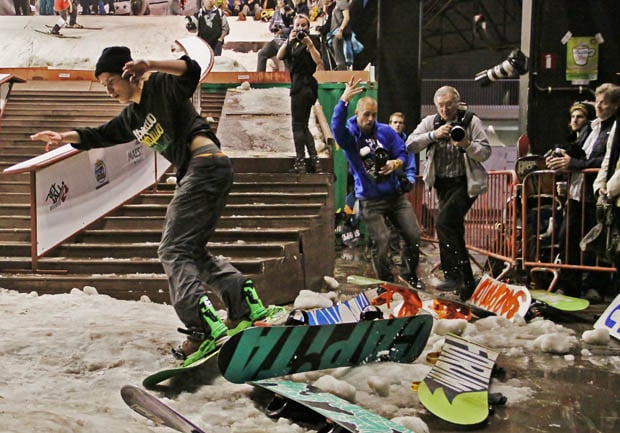 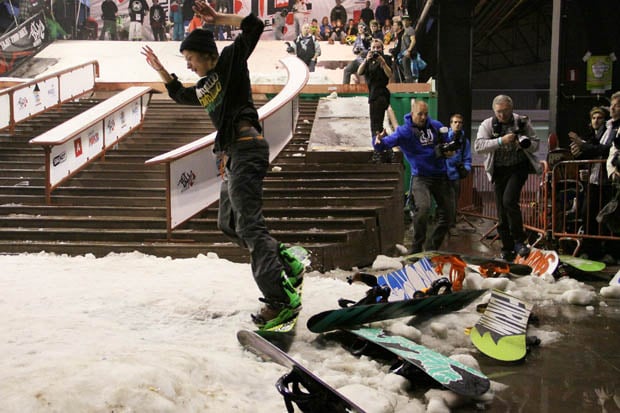 Photographer Jorg Jansen was standing at the top of the stairs when this happened. Here’s his account:

The guy on the snowboard came down from the box in a failed attempt to make a boardslide and fell from the side straight into the photographer that was standing on the stairs. It was a big collision and the photographer fell/jumped from the stair on the floor. He had two cameras on him and the one that flew through the air was initially hanging on his shoulder. Amazingly enough, the 5-day-old camera and lens had no problems after their 4-meter flight and landing on concrete… I literally got cramps in my stomach watching the €5500 hitting the ground.

Lessons learned: (1) when standing on a ledge, it’s better to have your camera strap around your torso rather than one just one shoulder, and (2) DSLRs and lenses can sometimes endure quite a beating!

This Photograph Was Shot Using a Tablet Computer, the Google Nexus 10