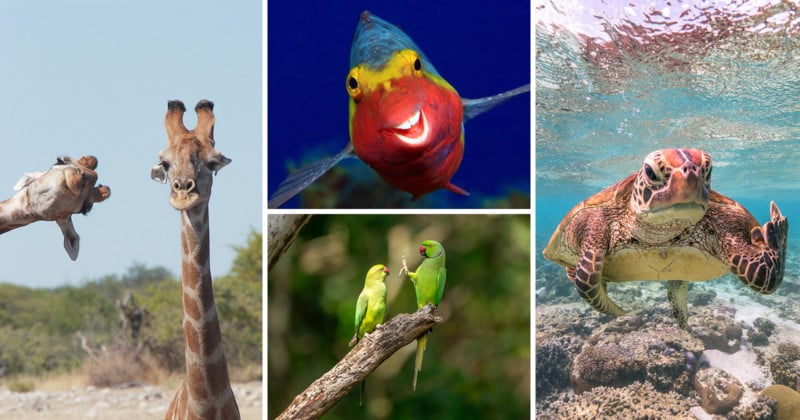 It’s that time of year again. Our favorite time of year. The time of year when we get to share the finalists (and eventually the winners) of the Comedy Wildlife Photography Awards. A chance to remind ourselves that wildlife isn’t always so majestic… sometimes it’s downright silly.

The 44 finalists for the 2020 Comedy Wildlife Photography Awards were unveiled early this morning, and it may just be the best crop of contestants yet.

Each year, these awards do double duty: pairing a bit of light-hearted comic relief with an important message of wildlife and environmental conservation. This year, that message is that you, too, can be a “conservationist at home” by shopping locally and responsibly, only flying long haul when absolutely necessary (not so much of an issue right now…), or doing something as simple as putting plant boxes on your windowsills.

You can learn more about this year’s conservation message on the Comedy Wildlife website. Or, if you’re just here for the funny photos (no judgement), scroll down to see 15 of our favorite finalists:

Caption: Crashing into the picture

Caption: Having a Laugh

Caption: No Penguins Under Here!

Caption: I’ve got you this time!

Caption: We all have that friend

The overall and category winners will officially be announced next month, on October 22nd. In the meantime, head over to the Comedy Wildlife Photography Awards website to see more animal photography outtakes, read up on the free contest, or vote for this year’s People’s Choice category.