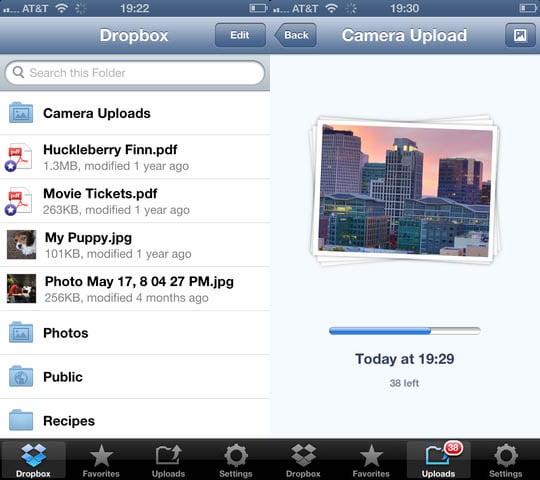 If you’ve been using Dropbox as a photo backup solution and the official iOS app for accessing your images in the cloud, you may have noticed that downloading photos to your device didn’t give you the exact files that you wanted. Instead of beaming the full-resolution images to your Camera Roll, the app would shrink photos to a much smaller size to speed up downloading times. A 14MP 4592×3056 photo would only be saved at 960×638, for example.

This week, Dropbox finally updated the app and removed the resolution ceiling from downloads. Now you can save your entire photos from your backup to your iOS device without seeing it pass under a shrink ray.

It’s good news for photographers who want to share and send high-resolution photographs (and for those with larger Retina displays), but bad news for ordinary consumers who don’t always need the extra pixels. The Verge reports that single photos can now take minutes to download.

In addition to the problem of drastically increased download times, the app also does the same image compression that it does before. Megabytes are hacked off larger photos, resulting in slightly degraded image/color quality.

Dropbox in the App Store (via The Verge via Engadget)