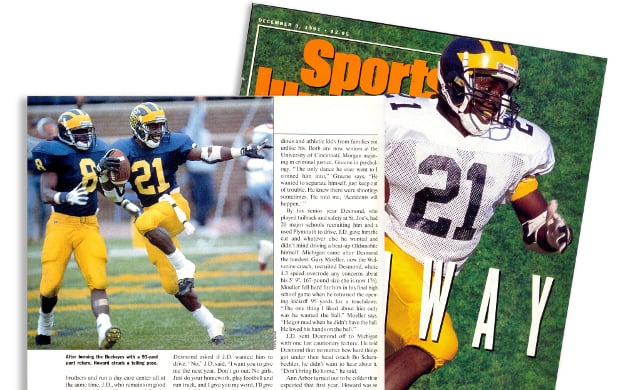 In a somewhat interesting turn of events regarding an extremely well-known photograph of former football star Desmond Howard, it has been settled that Howard will now be owner of the photograph, originally captured by photographer Brian Masck.

Confirmed by Masck yesterday, it seems the settlement of his infringement claim against Howard involved the transferring of the copyrights of the image to Howard himself. In return, Masck will receive “unspecified benefits” from future commercial use of the iconic image, granted Howard decides to license the photograph in the future.

This allows him to use his favorite photo of himself and make money on it. And I do better because this agreement gets me access to all of his sales–anywhere he wants to use this photo is probably a sale I never would have.

Captured in 1991 when Masck was working as a freelancer, the image under debate is the iconic photograph of Howard striking the Heisman Trophy pose after scoring a touchdown against the University of Michigan’s rival, Ohio State. 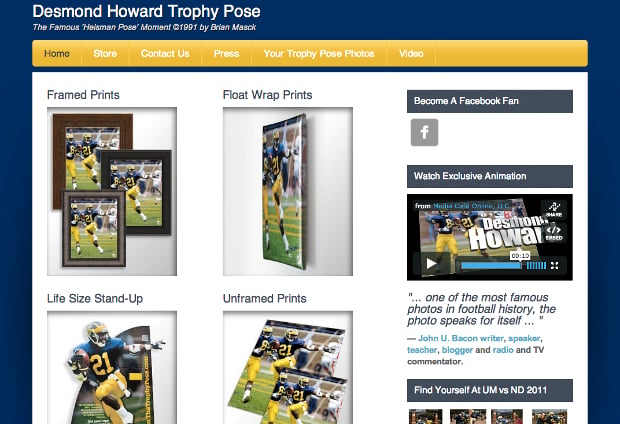 Originally licensed by Masck to Sports Illustrated, the problems first arose when Masck allegedly never received the original 35mm transparency back. The photo eventually ended up in the Allsport archive, before being digitized and put in Getty’s online collection in 2005.

From there it was sold and used by a plethora of “memorabilia channels” and other retailers looking to use it in advertisements.

Originally, it was Masck who sued in January of 2013, claiming infringement of the photo against Howard and stating that Howard was using it without permission on his website. Masck also submitted his claims against the other retailers mentioned above for unauthorized use and distributing the photograph without permission.

However, in an interesting turn of events, Howard ended up counter-suing for unauthorized use of his name and likeness on a website that Masck used to sell products such as life-sized prints, framed prints and cut-out stand ups of the famous shot.

Ultimately, today’s news is only a small portion of the original cases laid out. And even then, Masck only confirmed the fact that Howard had won his side of the case; monetary details won’t be disclosed per the settlement.

Masck is still trying to negotiate the settlements with Nissan, Sports Illustrated, and the other mentioned defendants before they go to trial. If they’re unable to settle, court dates will be set and things are likely to get a bit messier.

Update: Desmond Howard’s publicist reached out to us in an effort to correct a few misleading statements. Said statements have been taken out or changed to reflect the correct information.