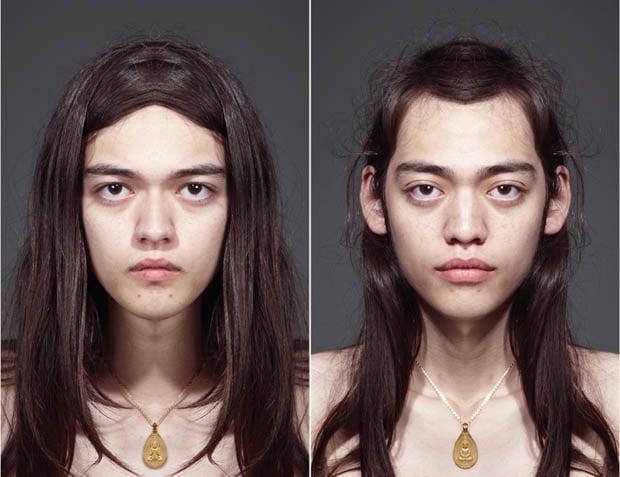 Symmetrical Portraits is a well-known and oft-imitated series of photos by photographer Julian Wolkenstein, shot back in 2010. After picking a number of subjects based on their facial features, he photographed them staring blankly straight-on into the camera. He then split the faces down the middle in order to obtain two separate “portraits” showing what the subject would look like if they had a perfectly symmetrical face.

There is a myth, some say a science, suggesting people who have more symmetrical faces are considered more “ attractive “.

If you are made symmetrical, do you consider yourself more beautiful, less so, or is it just weird? Or is it you at all? Do you have a best side? What is to be said of left and right brain dominance?

Science has found that the left side of people’s faces are generally more aesthetically pleasing. While it’s unclear which side of the face was mirrored for each of these portraits, we’re guessing the left photo is of the left side (they seemed to have turned out less “freaky”). 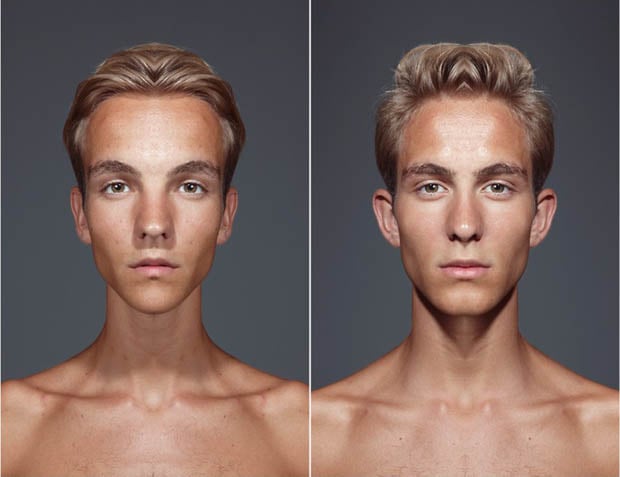 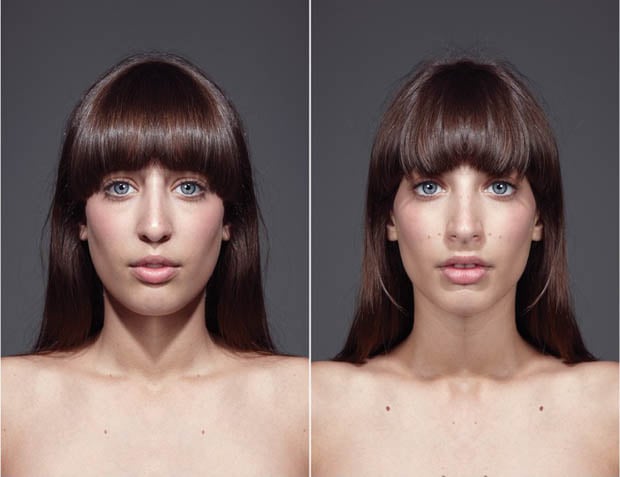 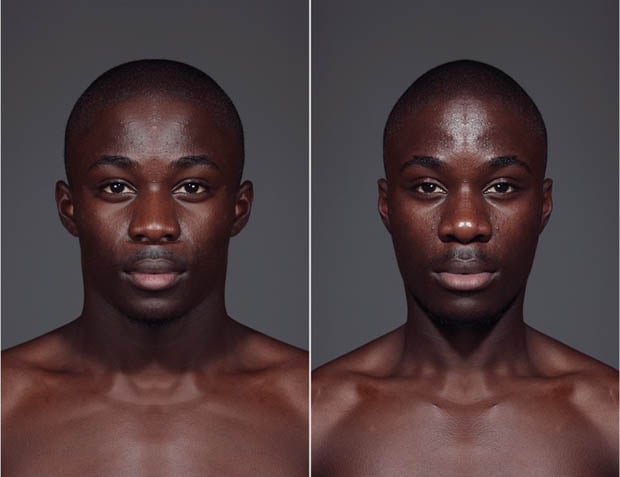 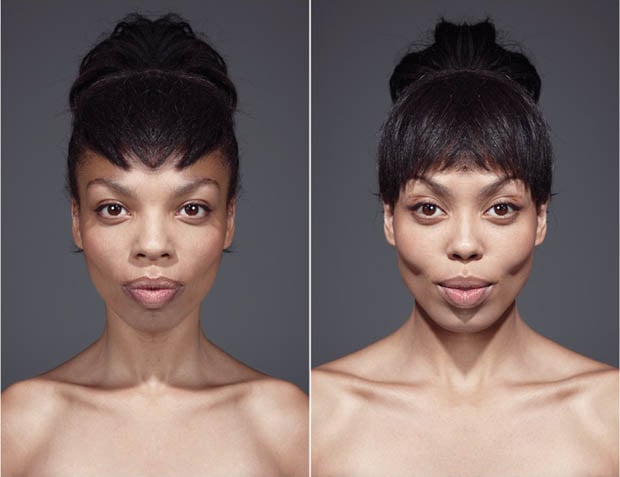 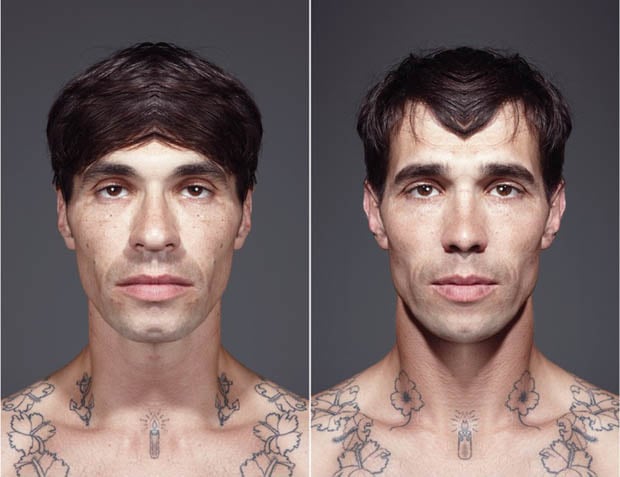 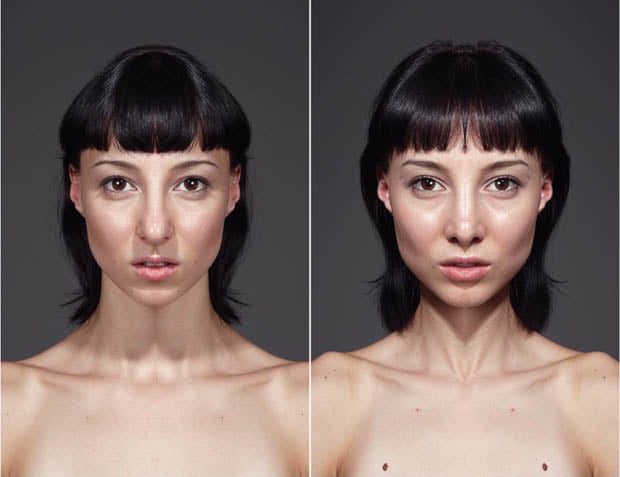 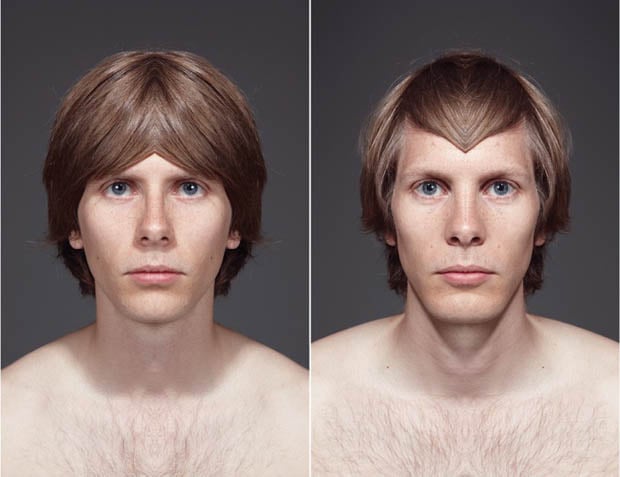 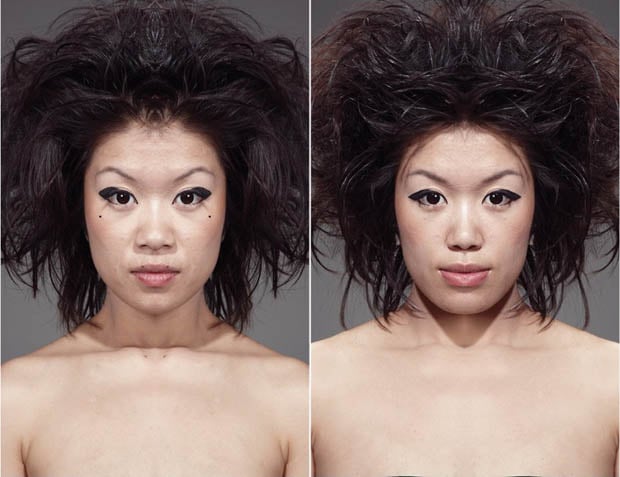 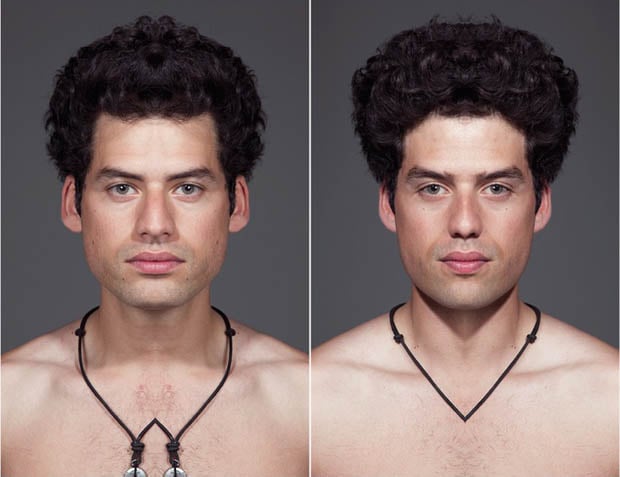 Wolkenstein has also launched a follow-up project that invites the general public to mirror their own faces. It’s an online gallery and free mobile app called Echoism. Use your phone or your webcam to snap a portrait, and the project creates one of these mirror-face diptychs and shares it with the world.

Image credits: Photographs by Julian Wolkenstein and used with permission