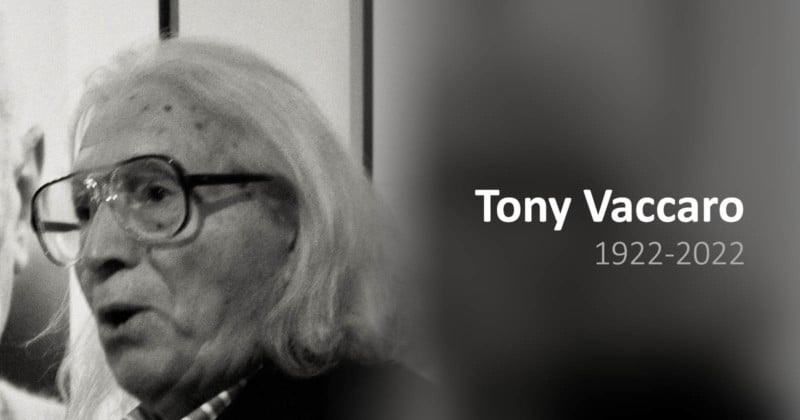 Renowned American photographer Tony Vaccaro has died. His diverse career spanned many decades and focused on everything from World War II in Europe to fashion and lifestyle in the United States. He was 100.


Vaccaro passed away at his home in Long Island City on December 28th, 2022, just 8 days after turning 100, due to complications resulting from an ulcer surgery that was performed in November.

“With a heavy heart, we like to inform you of [the] passing of Tony Vaccaro last night,” his family wrote in an Instagram post published on December 29th. “At his home with his family by his side. Tony wanted to reach 100 more than anything and he did. After his big birthday he told us, ‘Now I can rest.’

“Tony loved people more than anything and saw the best in everyone. He would wake up in the morning saying ‘What a beautiful day, not a cloud in the sky.'”

In 1943, Vaccaro joined the United States Army, serving in Europe during World War II. Although he had initially tried to join the Army Signal Corps as a combat photographer, showing his high school photography to be accepted, the 21-year-old was deemed too young and inexperienced. He instead became a private in the 83rd Infantry Division of the U.S. Army, seeing combat in France, Germany, Belgium, and Luxembourg.

Assigned to be a scout, Vaccaro was still able to utilize his skill with a camera and document his unique perspective of the world war. He would go on to shoot over 10,000 photos during and after the war while in Europe. He captured poignant and powerful images that would go on to become some of the most enduring images of the war.

Although he often shot a camera instead of a gun, Vaccaro still bled for the cause of the Allies: he was shot and received a Purple Heart from the Army for being wounded during combat.

After the war, Vaccaro continued to work as a photographer, capturing images of everyday life, celebrities, and major events. He would work extensively for major American magazines such as Time to document the fashion and lifestyle of Americans.

Celebrities, leaders, and titans were often the subjects of Vaccaro’s photos, and the photographer captured portraits of everyone from artist Pablo Picasso to US President John F. Kennedy. 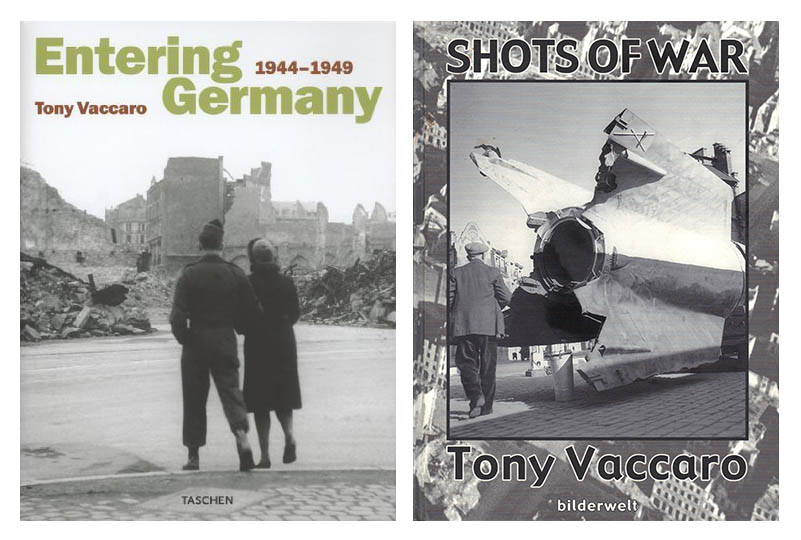 Vaccaro leaves behind his two sons, two grandchildren, and daughter-in-law.