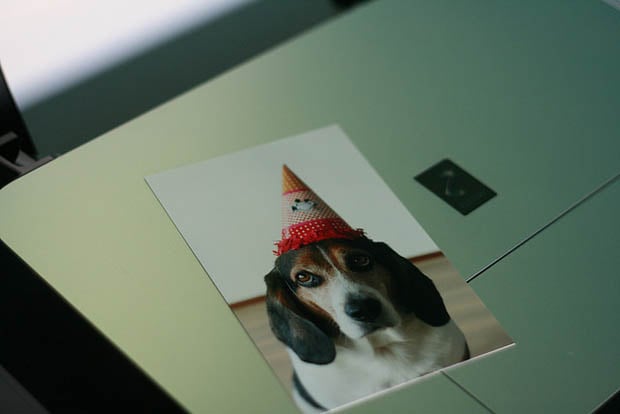 In the market for a new photo printer and not sure what to buy? Here’s a tip: shelling out a little more dough on the printer itself could potentially lead to massive savings over time.

The reason is ink, sometimes called “black gold” (or… “colored gold”?). The general rule of thumb in the printer industry is: the cheaper the printer, the more expensive it is to keep it filled with ink.

Printer ink is among the most expensive of commonly-used liquids. It’s far pricier than gasoline, and is even harder on wallets than champagne in terms of cost per volume. In 2007, CBC News found that it was the second most expensive well-known liquid:

It’s pretty much conventional wisdom that computer printer companies make their money from selling expensive ink and toner cartridges, not the printers. Never mind that the chemical composition of black ink isn’t all that different from what the Chinese invented thousands of years ago, putting a few dribbles of it into an elaborate plastic cartridge can cost the buyer upward of $60.

Here’s the chart of most expensive liquids that they came up with: 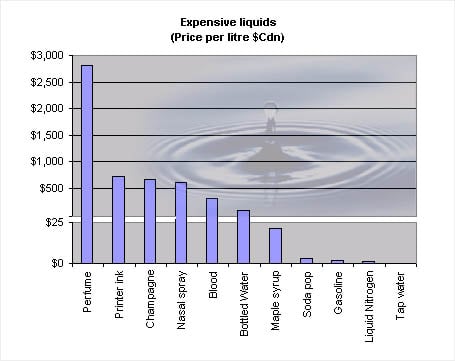 Consider this: if cars ran on name-brand ink instead of gasoline, each trip to the gas station would set you back $100,000. Fill up an Olympic-sized swimming pool with the stuff, and the bill would come out to billions of dollars.

Given how costly printer ink is and how quickly some printers burn through their cartridges, the initial price of a printer is often a relatively small piece of what your at-home printing is going to cost over time.

This is especially true when the printer you buy isn’t very frugal with the precious ink you feed it:

After studying tens of printers over the past two years, PCWorld published a report back in May stating that buying cheap printers could lead to “lethal” ink bills for photographers:

Your best buy [for a printer] depends on what you print, how much you print, and how long you plan to keep your printer. A person who prints sparingly overall and seldom prints photos may find that a dirt-cheap printer yields big savings, even after factoring in the printer’s sky-high replacement ink costs, simply because the person won’t be replacing ink cartridges very often. Someone else, who has more-ambitious printing needs or a strong interest in photography, may find that a cheap printer’s ink bills are lethal.

The magazine found that for people who print frequently, the total costs of cheap and expensive printers begin to even out after a year of use. By the second and third year, the cheapo printers’ costs begin to dwarf those of their pricier counterparts. (This is assuming that the cheapo printers haven’t broken down yet).

If you’re looking to buy an inkjet printer that you’ll be regularly using for photo prints, you’ll probably get the best value in the long run by spending a bit more cash on a high-quality photo printer geared towards professionals — it’ll deliver top-notch quality without guzzling your precious “colored gold.”

Turn Used Film Canisters Into Magnets for Your Fridge

Geode: A Rechargeable Accent Light that Makes Your Photos Glow