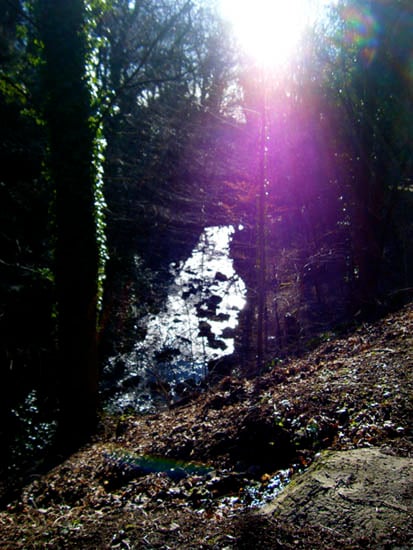 Apple has issued an official response to complaints over the iPhone 5’s purple flaring, and it mirrors what AppleCare Support said to a customer last week. A new support document has appeared for the symptom: “A purplish or other colored flare, haze, or spot is imaged from out-of-scene bright light sources during still image or video capture.”

Most small cameras, including those in every generation of iPhone, may exhibit some form of flare at the edge of the frame when capturing an image with out-of-scene light sources. This can happen when a light source is positioned at an angle (usually just outside the field of view) so that it causes a reflection off the surfaces inside the camera module and onto the camera sensor. Moving the camera slightly to change the position at which the bright light is entering the lens, or shielding the lens with your hand, should minimize or eliminate the effect.

It’s not the answer many iPhone 5 owners were hoping to hear, but it’s pretty clear that the purple flaring isn’t something that’s only seen in iPhone 5s (though, the rate at which it’s seen seems to be higher than most cameras) — the photograph shown above exhibits the same purple flare, but was shot using a Fujifilm Finepix Z100fd compact camera.