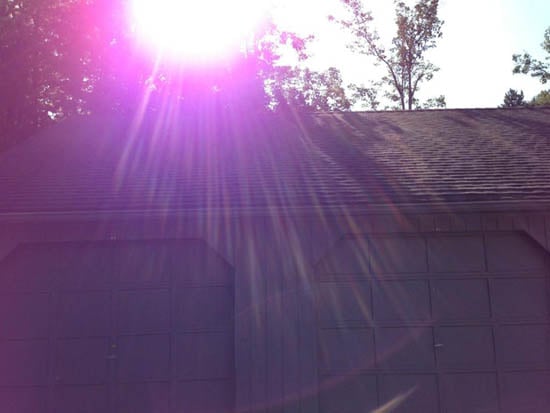 Remember this photograph tweeted last week by @weaksauce12? It shows the strange purple flaring reported by many iPhone 5 users, which is being called everything from “purple haze”, to “the Hendrix effect”, to “Purplegate”. Fingers were pointed at everything from the phone’s new sapphire lens to the infrared filter — or supposed lack of — inside.

If you were patently waiting for a fix, you’ll be disappointed to know that there doesn’t appear to be one on the horizon: Apple is saying that the excessive purple flaring behavior is “normal”. 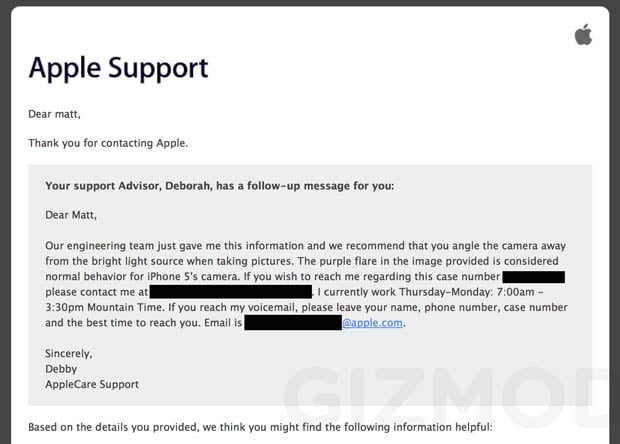 Our engineering team just gave me this information and we recommend that you angle the camera away from the bright light source when taking pictures. The purple flare in the image provided is considered normal behavior for iPhone 5’s camera.

So it appears that capturing bright light sources as purple is actually just another characteristic of the phone.

Don’t want your photos to look like your finger slipped on the tint slider during post-processing? Simply “angle your camera away” from all bright sources of light. If you ever want to add some artsy sunbeams to your images, you’ll simply have to get used to the fact that sometimes the sun is purple.