The short 4-minute-long video above is probably the most inspiring thing you’ll see today. It’s the story of Jaleel King, a man who became wheelchair-bound at the age of 8 after being shot in the back by an angry neighbor. The blast from the sawed-off shotgun almost killed him, but he fought through that challenge — and every other challenge that has presented itself since.

King is now a professional photographer who firmly believes that his life experiences have helped him in his career. He sees things from a different perspective, both figuratively and literally, which allows him to capture beautiful glimpses of life that most people take for granted. 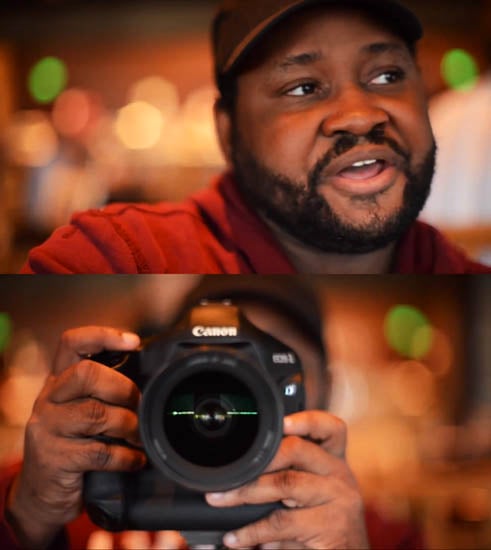 The video was filmed by first-time filmmaker Mike Allebach, who captured the conversation while enjoying a meal with King at a restaurant near Philadelphia. A Nikon D600 and a $30 microphone from Radio Shack were all that was used to film the interview.

[…] As a wheelchair user since age 8, I am a photographer who has a different a perspective on how I visually see life. Allowing me to never accept the whys as excuses and going for why nots as the challenges in order to overcome to them, as seen in my work. I was led into a world that is beautiful and challenging at the same time! A world filled with raw emotion and randomness that make each moment and click of the shutter so UNIQUE!

You can find a sampling of King’s work over in his online gallery.

(via Yahoo via Imaging Resource)