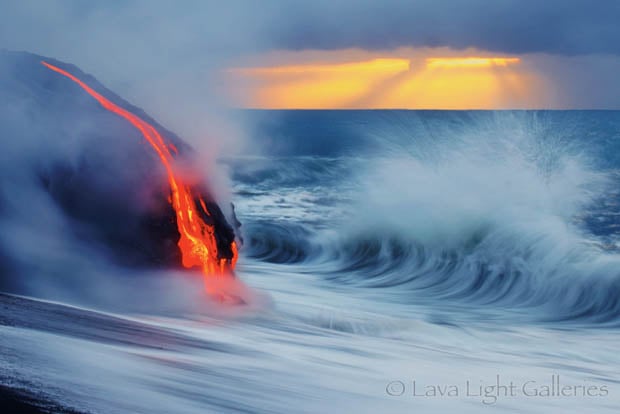 Photographers and best friends CJ Kale and Nick Selway tell us they make a living by creating and selling photographs of Hawaiian volcanoes. “Making a living” is an interesting choice of words, because both photographers risk their lives in capturing their incredible images of violent explosions and glowing lava flows.

The pair recently became the first people to ever enter the surf near the volcano at Kailua, Hawaii. Using special camera housings, they entered the water just a short distance from where the lava flow enters the ocean — a location where the water reaches temperatures of 110 °F — wearing only swimming trunks and flippers. 20 feet away, the water was boiling. Their goal was to capture extremely close-up views of the molten lava meeting with the sea and generating large amounts of steam.

While the duo have steered clear of serious injury (or death) thus far, they have paid some smaller tolls for their risky adventures. The Daily Mail writes that Kale shattered his ankle last year after tumbling 20 feet into a lava tube while carrying 40 pounds of camera gear on his back. Kale states,

I fell into a lava-tube shattering my ankle. After climbing out we had to lash my foot to my leg with a tripod, camera strap and belt and hike over the rugged terrain for two miles.

Nevertheless, the great risk leads to high rewards. Check out these photographs that resulted from some of their recent expeditions: 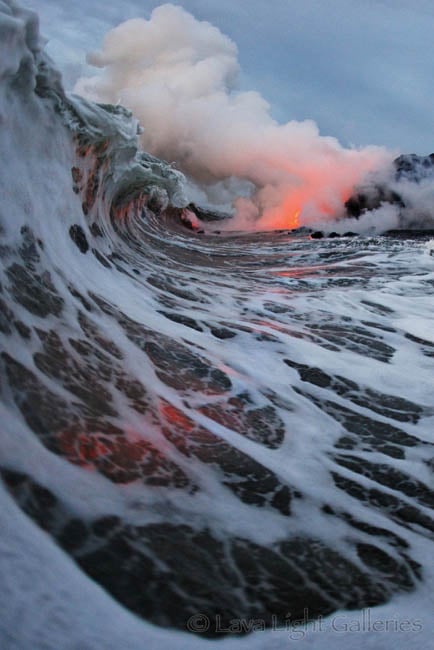 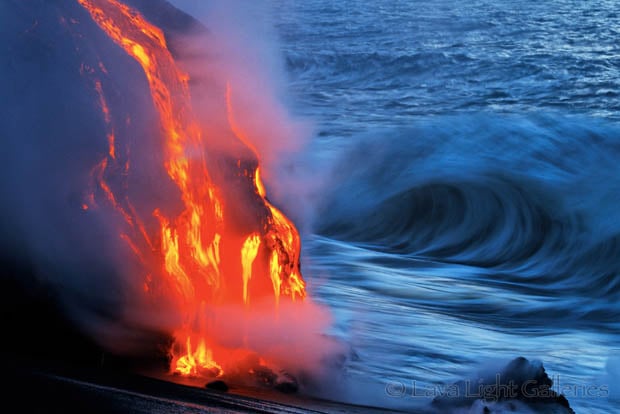 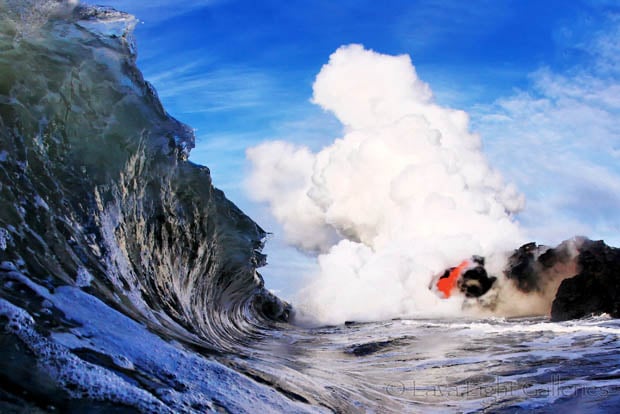 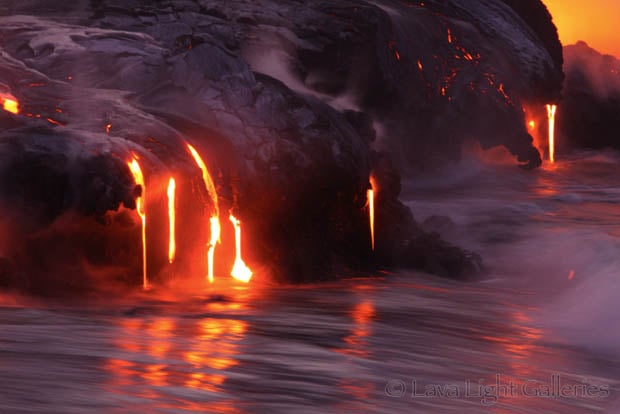 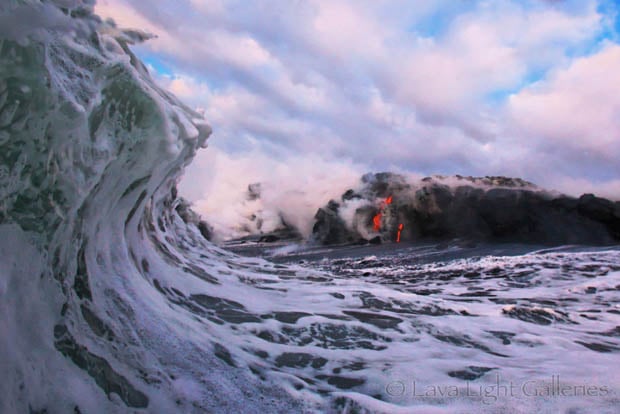 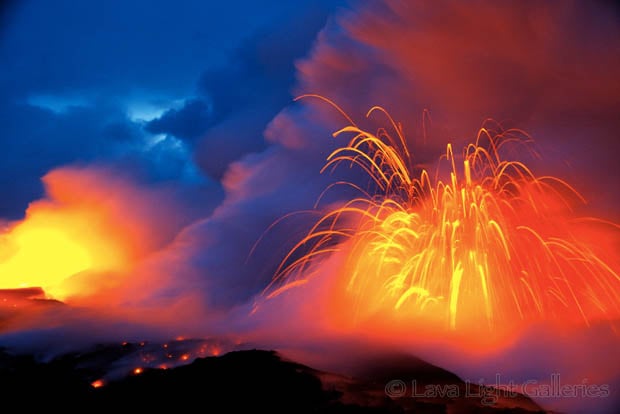 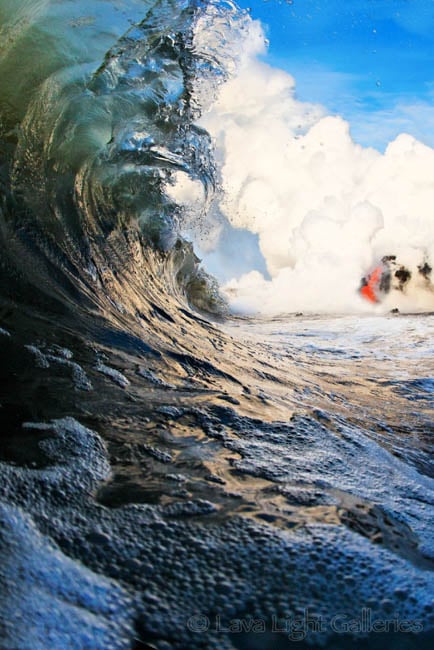 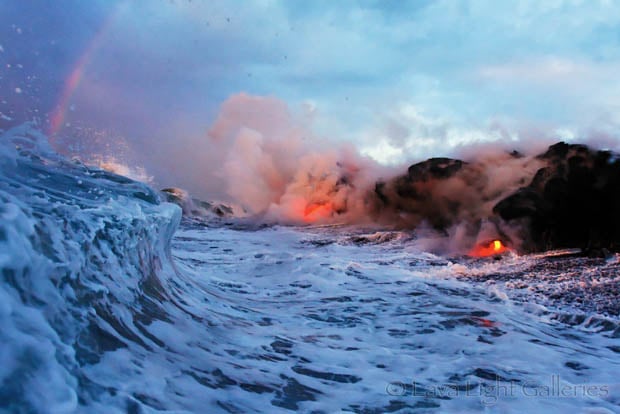 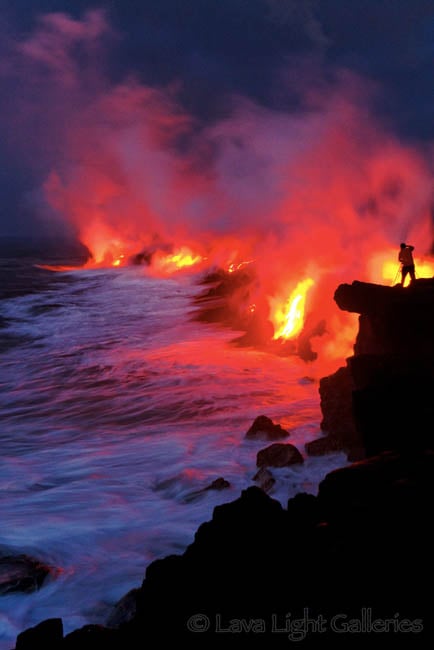