When tourists visit famous landmarks, they commonly pull out their own cameras to snap some photographs as mementos, even if they themselves aren’t in the picture. Despite the fact that there’s almost always guaranteed to be an identical photograph taken by someone else, somewhere online, there’s something about capturing the moment for oneself that makes redundant photos special.

That’s why a new patent filed by Google is a bit puzzling. It’s called “Image zooming using pre-existing imaging information” and, as the title suggests, revolves around using other people’s photographs to “boost” a digital camera’s zoom.

Here’s the abstract, or simplified explanation, of the patent:

Here’s how it’d work: let’s say you’re snapping a photograph of the Golden Gate Bridge from a beach nearby. You try to zoom in to capture one particular portion of the iconic structure, but suddenly find yourself at the end of your camera/phone’s zooming ability. 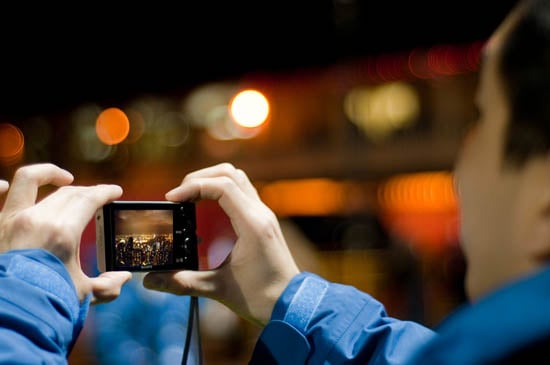 Have no fear — Google is here. The technology would quickly do a search online — presumably in Google’s private archives — to see if there is any identical image that matches what you’re trying to photograph. If the position, orientation, zoom, and direction match up, then Google beams the replacement photo to your camera. Voila! Instant zoom! Everyone’s happy!

As I mentioned earlier, the big obstacle this feature would need to get over is the fact that people aren’t capturing their own photographs, but re-capturing photos that were taken by someone else. For simple information gathering purposes this might suffice, but it seems unlikely that it’s something tourists (or the general public) would readily embrace.

Image credit: Photo illustration based on 265/365 – Olympic Memories by kennymatic

Are Cheap Shares in Bankrupt Kodak a Good Investment?