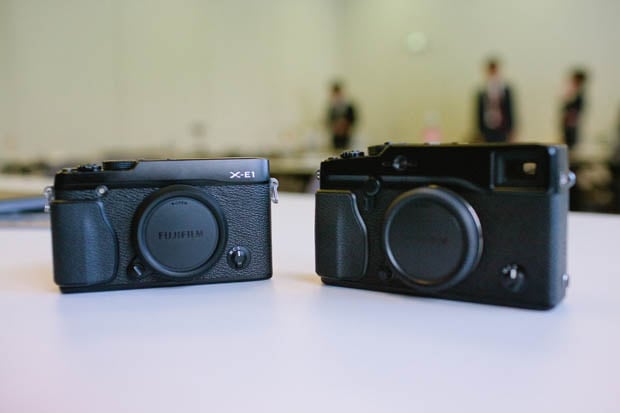 There are currently two interchangeable-lens rangefinder-esque cameras in Fujifilm’s X-Series lineup: the X-Pro1 and the X-E1, both of which contain APS-C sensors. Owners are gushing over the cameras, which are actually quite similar aside from the viewfinders (hybrid vs. electronic only). They feature sleek, retro designs that are very similar to Leica’s classic M-line of rangefinders. A common sentiment that I’ve heard is that the X-Series would be absolutely perfect if the company simply introduced a full frame body. 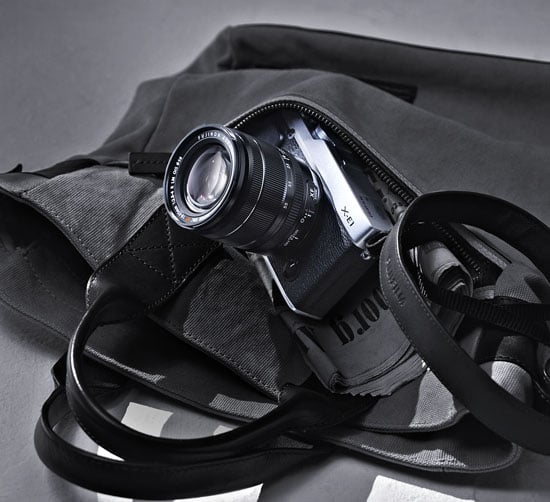 Amateur Photographer interviewed Fuji product planning operations manager Hiroshi Kawahara, who revealed that the company’s engineers are “looking into the viability” of a model with a full frame sensor:

But he accepted that some current, wider, focal-length lenses would not be fully compatible with full-frame and that this risks alienating existing users.

Asked if full-frame would be possible in an X-Pro1-style body, with the same lens mount, he replied: ‘No, it is different lens by lens. The long zoom lens fits but a wide lens cannot.

‘So, if we introduce a full-size mount we would have to limit the amount [of compatible lenses].’

This seems key to whether Fuji will commit to full-frame.

The officials also say that “they have not set a time-frame on when they will make a corporate decision on a full-frame model.”

Given the popularity of the X-Series, which has already sold hundreds of thousands of units worldwide, what is Fujifilm currently working on then?

If I had to bet money, I’d say that Fujifilm is already hard at work in developing an X-Series full frame camera. And it should be. It’s pushing out relatively-affordable and highly-regarded Leica-esque cameras at price points that Leica will never go down to. That sounds to me like low hanging fruit that’s just ripe for the picking.

Finally, I was randomly chatting with a Leica employee prior to the Leica launch party that I attended earlier this week. One of his cameras is the X-Pro1 with a Leica lens. He was quite certain about the fact that Fujifilm is already working on a full frame X-Pro1 followup, saying that he heard it from someone.

Not only did he seem certain, but he was excited about it as well. Not that’s saying something.

Update: There seems to be some confusion regarding whether or not the XF could actually be used on a full frame body (without requiring a special adapter).

Iconic “Atop a Skyscraper” Photographs May Have Been Staged Publicity Stunts