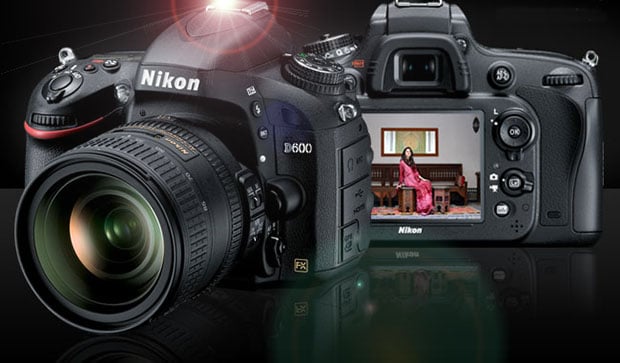 Announced this morning, Nikon’s new D600 is a powerful little full frame DSLR at an unprecedented price point, and should be quite popular among photographers looking to upgrade from a crop sensor camera. At $2,100, it’s more than a grand cheaper than Canon’s lowest-level full frame: the Canon 5D Mark III. However, the camera isn’t geared towards every kind of photographer. David Hobby of Strobist states that Nikon has completely overlooked one segment: photographers who are serious about off-camera lighting:

The first thing, and given recent history something not unexpected, is the lack of a sync jack. I was pissed off surprised when the D7000 didn’t include it. But a full-frame body without a sync jack? That’s just a little weird.

It has a 1/200th sync. Game over. […] True, it is only a third of a stop as compared to 1/250th. But with speedlights and daylight, that is a critical third of a stop. To be clear, this camera makes every single flash you own less effective.

Also, the difference between 1/250th and 1/200th sync is deadly when it comes to stopping action when balancing flash and ambient. 1/250th is dicey enough. 1/200th just doesn’t work.

There are currently rumors floating around that Canon may be gearing up to launch a cheaper full frame DSLR as well, possibly to be called the Canon 6D. If it does materialize in the next month or two, it’ll be interesting to see how the price point and feature set stack up against the D600.

The Emperor’s New Gadget: Behold the Effect of Fanboyism on Consumers