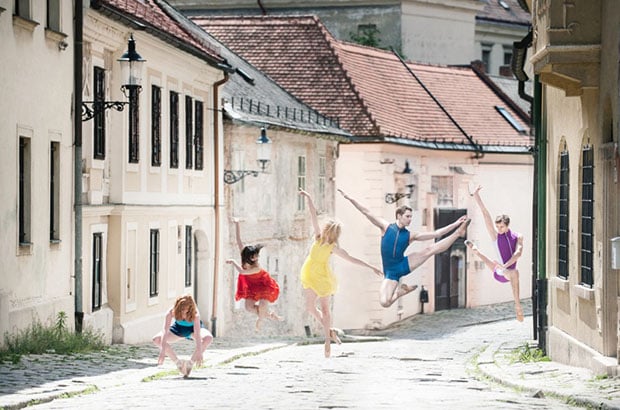 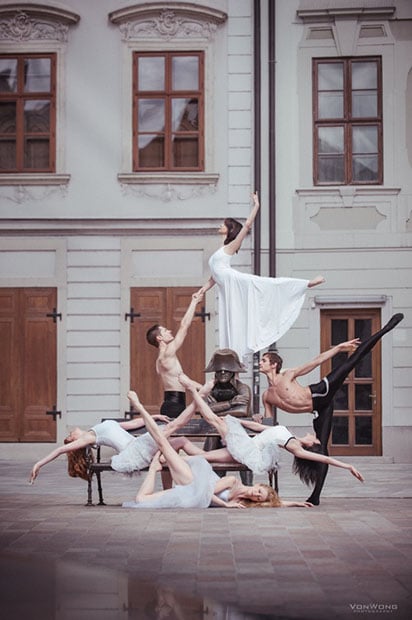 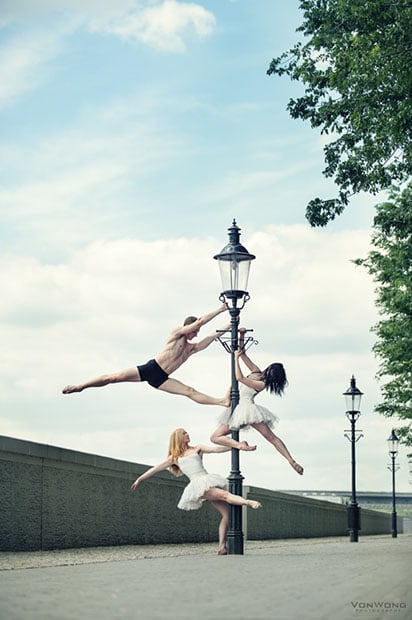 What’s great about this project is that there’s a behind-the-scenes video showing how the images came together:

One thing I’ve noticed is that a random ballerina in a public location can make for some amazing imagery such as those created by the ballerina project. That being said though, I’ve always been more of an epic-large scale shooter so I wanted to challenge myself to create something similar… with more dancers.

While planning this photoshoot with Ana, we wanted to keep the looks very simple and classical for the outdoor half of our photoshoot. Guys in leggings, girls in tutus with slight variations but still in the very recognizable white elegance of a ballerina. By keeping a classic look in a historically rich environment, we were certain that we could come up with some striking imagery.

You can find more commentary and behind-the-scenes details over on Von Wong’s blog.