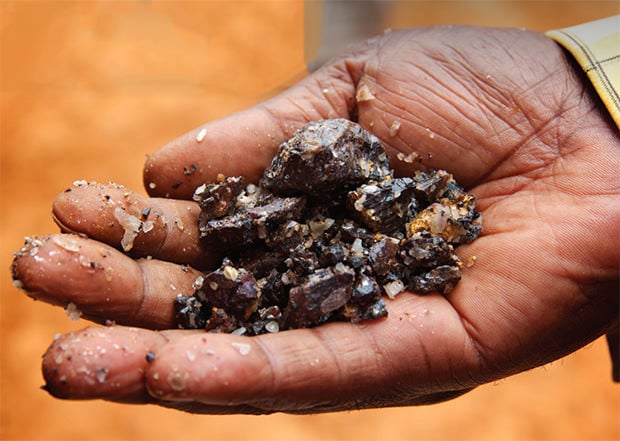 Conflict minerals are minerals supplied by war-stricken parts of the world in which armed conflict and human rights abuses are prevalent — minerals that are essential in the manufacture of consumer electronics. There has been a huge push recently to eradicate conflict minerals from the gadget industry, since the trade of these materials lines the pockets of unscrupulous folk and directly funds violence.

The Center for American Progress’s Enough Project is trying to get major manufacturers involved by releasing an annual ranking on how well those companies are doing in avoiding conflict minerals. The latest report, released earlier this month, shows that certain camera companies — namely Canon and Nikon — are lagging behind big-time when it comes to being involved in this matter.

Here’s a chart showing the rankings this year: Canon and Nikon sit together on the bottom tier at 8%. Other companies involved in the photo industry (SanDisk, Panasonic, Sony, and Samsung) all ranked significantly higher. Here’s what the published report has to say:

At the other end of the spectrum, laggards are also standing out due to lack of progress and communication. For example, despite growing public awareness about this issue and significant industry movement, Nintendo has made no known effort to trace or audit its supply chain. Sharp, HTC, Nikon, and Canon are taking initial steps to join industry efforts, but their progress remains far behind industry leaders.

The rankings website has this to say about companies that score 10% or lower:

These companies have done next to nothing to shift their practices toward conflict-free from Congo. They are not members of industry-wide efforts, have not taken the proper steps to investigate their supply chains, have said nothing about legislation, and are not actively engaged with other stakeholders.

If this conflict mineral issue is something you’d like to get involved in, you can send a message to your favorite camera company directly through the Enough rankings website. Simply click the company’s name, and you’ll be shown a form you can use to send a message to a representative at the company.

Conflict Minerals Company Rankings (via Imaging Resource via The Phoblographer)

This Photograph Earned One Wedding Photographer a $18,000 Payday