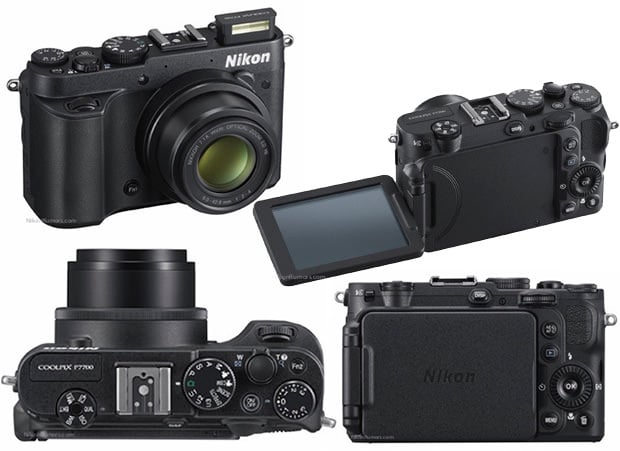 Nikon Rumors published these first photographs of Nikon’s upcoming high-end compact camera, the Nikon Coolpix P7700. The camera is the successor of the P7100, which was announced on August 24, 2011. This latest model will reportedly arrive almost exactly one year later, on August 22nd, 2012.

There’s also a swiveling LCD screen on the back that has more directions of movement than the P7100.

If the previous two cameras in the P7XXX line are any indication, the P7700 will likely be priced at exactly $500.