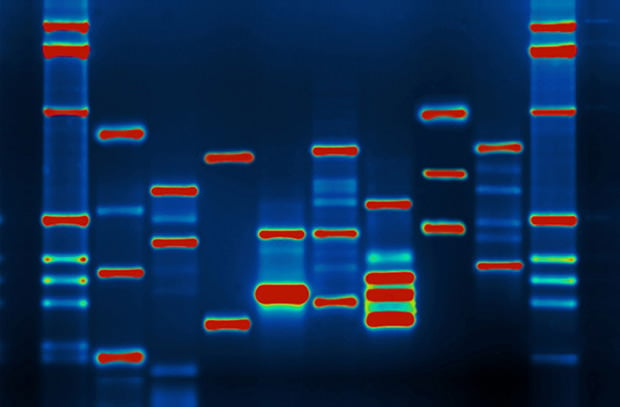 If you think modern day hard drives store a lot of data, get a load of this: researchers at Harvard have succeeded in storing roughly 700 terabytes of data in a single gram of DNA. The strands of DNA are treated much like other storage devices, except instead of using electric charge or magnetism to store information, DNA’s four bases (A,C,G,T) are used.

Encoding binary data using the technique involves using A and C to represent 0, and G and T to represent 1. To decode the data, you simply sequence the DNA to read the bases.

So what are the advantages of using DNA for storage? Well, for starters, it’s extremely long-lived: while you’d be lucky to have your digital data still readable after one hundred years, DNA can last thousands and thousands of years if preserved correctly.

It can also store massive amounts of data while taking up very little space. Consider how big your 1TB hard drive is compared to 1 gram of DNA. ExtremeTech writes,

Just think about it for a moment: One gram of DNA can store 700 terabytes of data. That’s 14,000 50-gigabyte Blu-ray discs… in a droplet of DNA that would fit on the tip of your pinky. To store the same kind of data on hard drives — the densest storage medium in use today — you’d need 233 3TB drives, weighing a total of 151 kilos.

Just decades ago, a few megabytes of data would take an entire room to store. Now, we’re walking around with gigabytes in our pockets. DNA storage would simply continue the trend. The scientists say that just 4 grams of DNA could store all the data created by humankind over the course of one year.

The ability to store ridiculous amounts of data in virtually zero space would open up the door to mind-boggling possibilities. For example, everyone on Earth could carry around multiple cameras that document their lives and memories from different perspectives (think Google Glass on steroids). Instead of the photos and videos being stored on massive hard drives, they could simply be preserved inside tiny DNA storage capsules.

An entire lifetime’s worth of data in a fingernail sized object. The entirety of human knowledge in a single small room. Now that’s an exciting possibility.

(via ExtremeTech via Engadget)