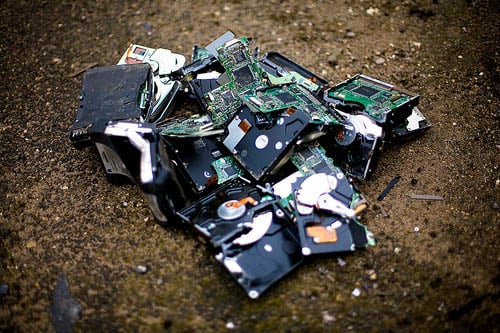 It seems like everyone has access to some kind of camera these days, but will the digital images captured survive long enough to become part of the historical record of our time for future generations?


John Naughton at The Guardian writes,

[…] while digital technology has generally been very good for photography as a mass medium, it has also made the resulting imagery much more fragile and impermanent. Of the billions of photographs taken every year, the vast majority exist only as digital files on camera memory cards or on the hard drives of PCs and servers in the internet “cloud”. In theory – given the right back-up regimes and long-term organisational arrangements – this means that they could, theoretically, endure for a long time. In practice, given the vulnerability of storage technology (all hard disks fail, eventually), the pace at which computing kit becomes obsolete and storage formats change, and the fact that most people’s Facebook accounts die with them, the likelihood is that most of those billions of photographs will not long survive those who took them.

That’s a startling thought — while it’s true that digital photos can last for quite some time if you’re tech-savvy enough to preserve them well, how many people in the general population actually do so? For the ordinary photo-taker, making a print will likely last much longer than their haphazard — or non-existant — backups.

Stick your pics in a proper family album [The Guardian]