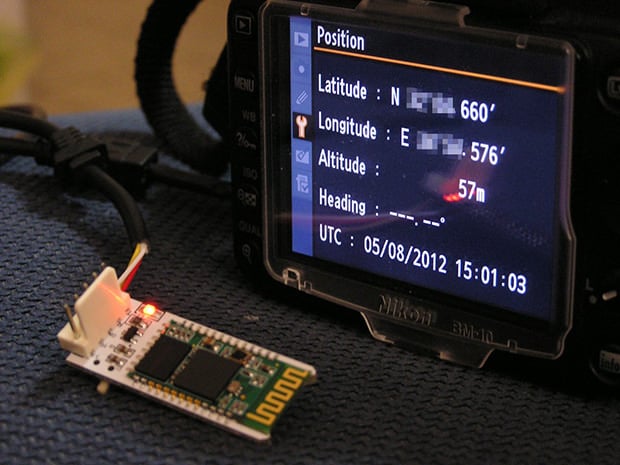 Israeli photographer Ido Nassimi wanted to geotag the photographs shot using his Nikon D90, but didn’t want to shell out $200 bucks for Nikon’s official GP-1 GPS receiver. Since he had a GPS Bluetooth receiver lying around, he decided to do some research and make it compatible with his DSLR. He ended up successfully building one for around $50.

For his components, Nassimi used a camera connection cord salvaged from a cheap shutter release cable, a Bluetooth modem, a USB2.0 to RS232 converter, his GPS receiver, and a simple box to house everything in after it was assembled.

While the parts list is relatively small and simple, putting everything together requires a moderate amount of knowledge in electronics. If that’s your cup of tea, head on over to DYIP for the step-by-step tutorial.