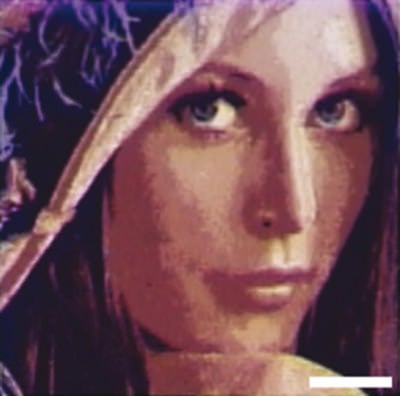 Stuff a few thousand dots per inch into a color print, and you have yourself a pretty high resolution image that most people would approve of. What if you could stuff 100,000 dots into that same inch?

That’s what researchers were able to do recently in creating the highest-resolution photograph ever printed — and one of the smallest, to boot.

Scientific American reports that the project was done by researchers at Singapore government’s Agency for Science, Technology and Research (A*STAR). They succeeded in printing the photo seen above (enlarged for your viewing pleasure) at a scale of 50×50 micrometers.

To put that into perspective, commenter SteveO over at SA notes that 78 micrometers is the size of one pixel on Apple’s new retina displays — displays that are designed so that the human eye can’t discern any pixelation at normal viewing distances.

The scientists managed to stuff an entire photo into a space that’s smaller than one of those pixels.

Here’s how the method works: each of the pixels in the image is printed using four “nanoscale posts” capped with “silver and gold nanodisks”. By changing the size and layout of these tiny objects, the researchers were able to choose what color light they reflected. The technique is called “structural color”.

Unlike traditional dyes and colors used to print photos, the metals and materials used in this process allow for prints with extremely long lifespans, as they don’t fade over time.

The image above was a proof of concept test to show that the process works. It’s a crop of a photo titled “Lenna” that’s widely used in research and industry to test digital image processing: 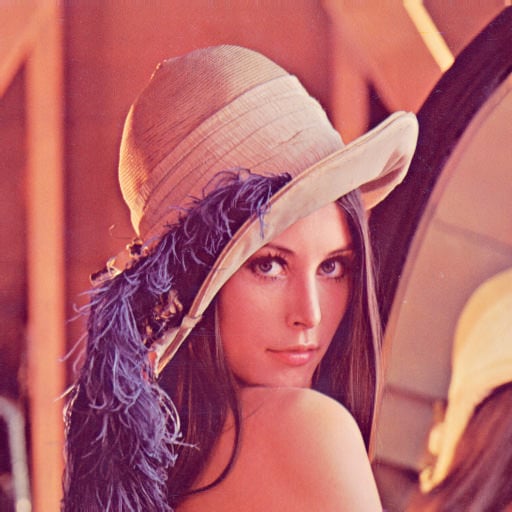 If Yang’s images were made over areas large enough to see with the naked eye, “they would look higher than high definition”, says Teri Odom, a chemist at Northwestern University in Evanston, Illinois. But, she notes, people with perfect vision can’t discern objects smaller than 20–30 micrometers.

Even under the best microscope, optical images have an ultimate resolution limit, and this method hits it. When two objects are too close together, light reflecting off them will diffract, and the two objects blur together.

That’s right: choose a resolution any higher, and your image starts getting smudged by the laws of physics!

Thanks for sending in the tip, Bruce.

Japanese Designer Creates Shiny Jewelry for Dressing Up Your Camera