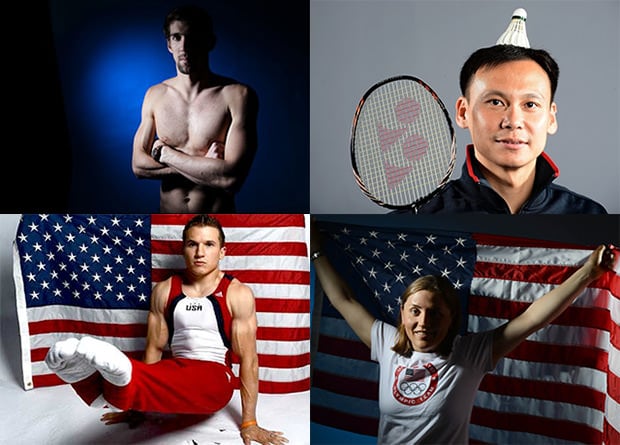 You know the expression, “there is no such thing as bad publicity”? It’s certainly true in the case of Joe Klamar’s “bad” Olympic portraits. After getting the Internet talking about (and criticizing) the images earlier this month, Joe Klamar has been given an exhibition in NYC at the Powerhouse Arena. Here’s the description of the show:

Many of the photographs were first met with harsh criticism from a bevy of news sites and photo blogs quick to highlight the images’ alleged defects—citing the off-hand poses, the stressed lighting, the scarred backdrops—and labeled the work an affront to the elite status of the American Olympic athletic team.

Such criticisms miss the work’s powerful and nuanced compositions and display of personality. Here we see real individuals at the peak of their athletic career in ordinary and impromptu poses, sometimes playful, some quite intense, in an unplanned setting. You will not see world-class athletes like this anywhere.

The exhibition is set to kick off on July 27th to coincide with the London Olympics.