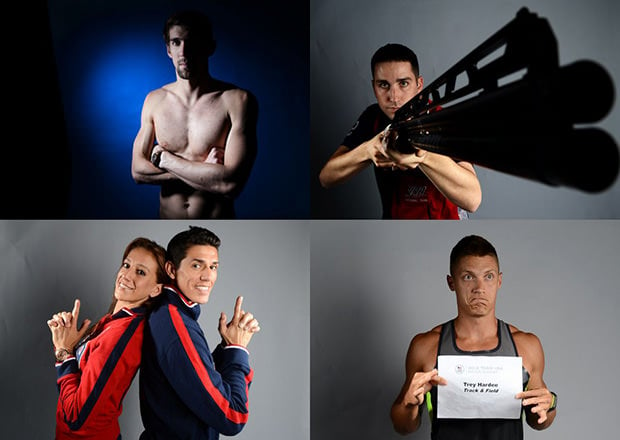 AFP photographer Joe Klamar’s portraits of US Olympic athletes have caused a firestorm of controversy in the past week, with people calling the images “insulting” due to their lighting, angles, and concepts. Klamar has responded to the controversy over on AFP. Rather than being intentionally “bad” for the purpose of making a point, they were simply the result of being unprepared:

“I was under the impression that I was going to be photographing athletes on a stage or during press conference where I would take their headshots for our archives,” [Klamar] explained. “I really had no idea that there would be a possibility for setting up a studio.” It was the first time AFP had been invited to participate in the U.S. Olympic Committee’s Media Summit, which was held this year, in May, at a Hilton Hotel in Dallas.

Joe had come armed with two cameras and three lenses (17-35, 70-200 and 300), plus one flash and a 12-inch laptop. To his horror, he saw upon arriving that his colleagues from other news agencies and media organizations had set up studio booths with professional lights, backdrops and prop assistants. “It was very embarrassing to find out that I wouldn’t be able to take advantage of a studio,” Joe told us by email.

Pixels and piety: Photographing Olympic icons (via A Photo Editor)

First Photograph of an Atom’s Shadow