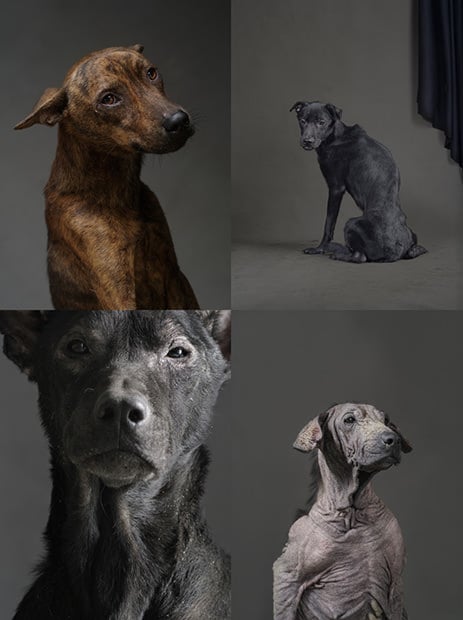 For the past two years, 37-year-old photographer Tou Chih-kang has been capturing the last moments of dogs at Taoyuan Animal Shelter in Taiwan. His roughly 400 portraits show the dogs — most of them abandoned by their owners — moments before they’re put to sleep. His mission is to raise awareness and encourage responsibility among pet owners:

I believe something should not be told but should be felt. And I hope these images will arouse the viewers to contemplate and feel for these unfortunate lives, and understand the inhumanity we the society are putting them through.

70% of dogs in Taiwanese animal shelters are euthanized after a brief 12-day waiting period, and it’s estimated that around 80,000 dogs will be euthanized year alone — a high figure for a country that has a human population of only 23 million. Tou’s project, titled Memento Mori
, can be seen here.