To celebrate its 100th year anniversary, Paramount Pictures gathered together 116 of Hollywood’s most famous stars for an epic group picture. Photographer Art Streiber used 57 strobes to light the scene, and spent just under 6 minutes snapping 63 frames using a Hasselblad H2 and 150mm lens.

Here’s the photo that resulted (click it for a larger version): 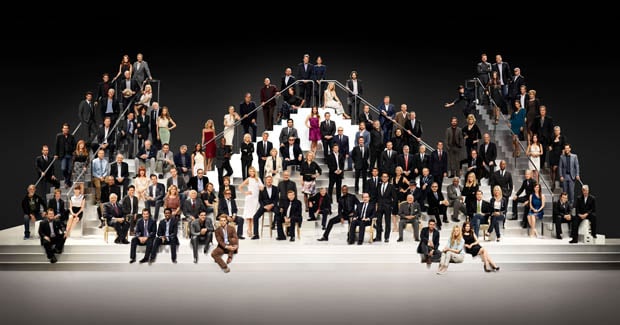 Fstoppers has an interesting behind-the-scenes look into how the image was made.

The Bastards Book of Photography: An Open Source Primer on Using Light

The Care and Feeding of Your Tripod