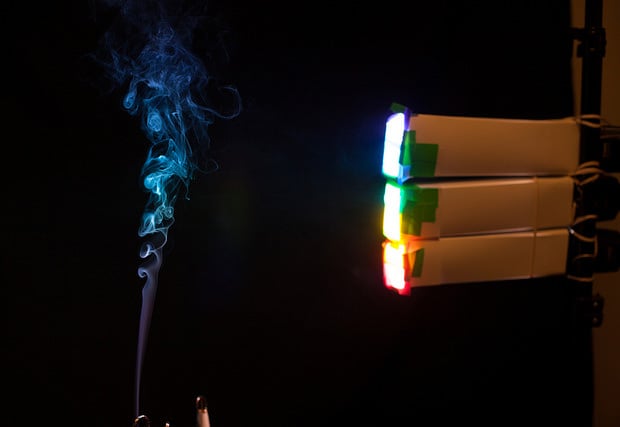 Want to shoot photographs of rainbow-colored smoke? Just strap some color gels to your flash(es). Photographer Sean Wyatt used three snooted flashes with two colored gels on each flash to create a rainbow blend of color. He then used the setup to photograph smoke from burning incense sticks. 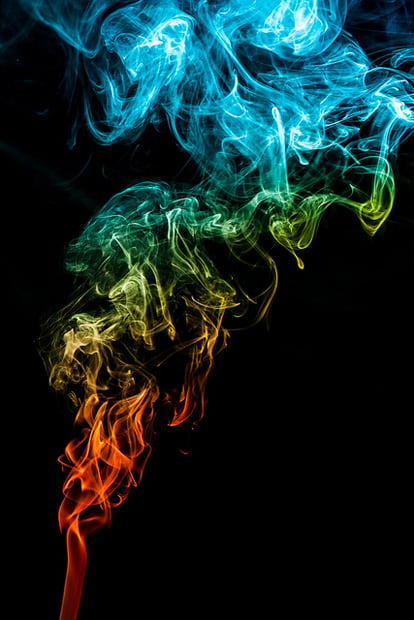 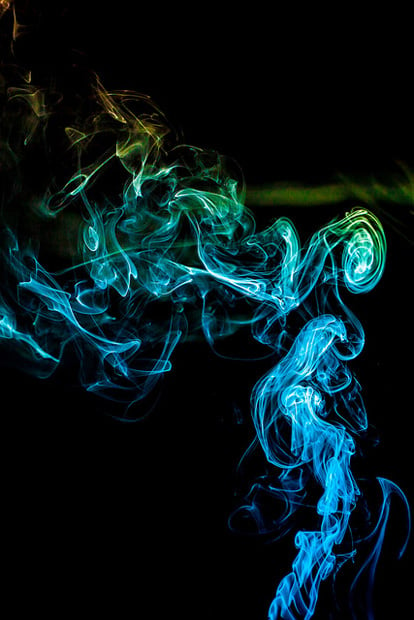 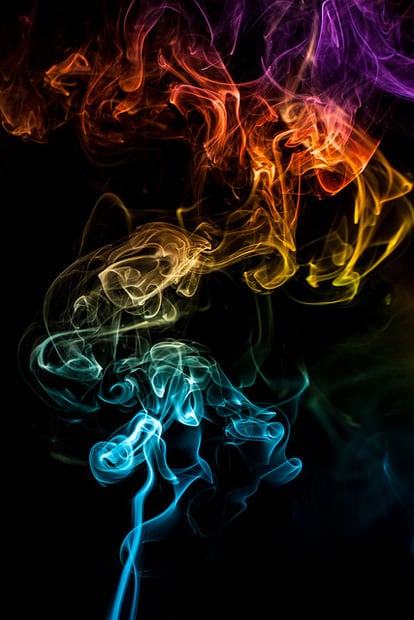 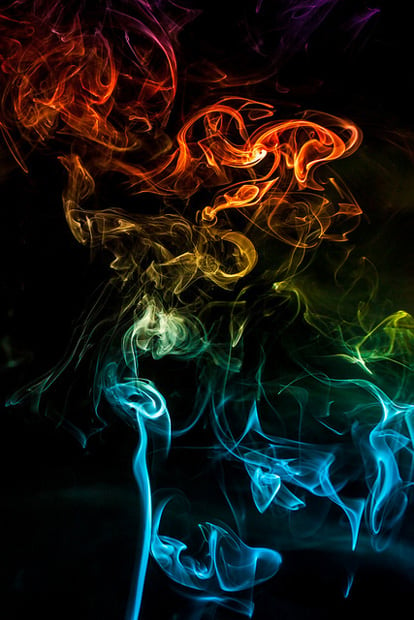 If you don’t have any color gels handy, you can create them yourself using an inkjet printer and a transparency. You can find more of them in this Flickr set.

Image credits: Photographs by Sean Wyatt and used with permission