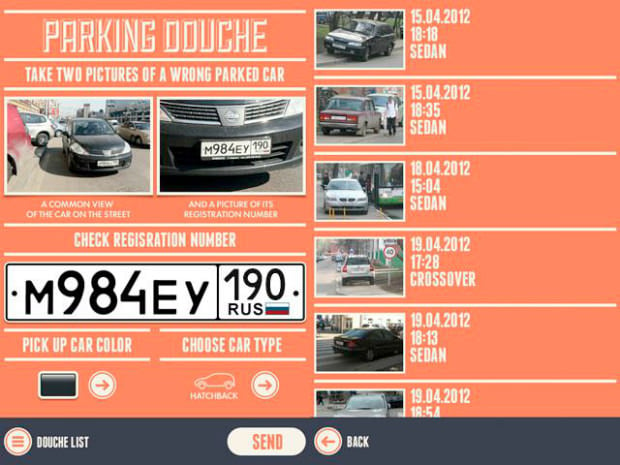 Have you ever walked out to your car and seen someone abysmally parked next to you, or up on the sidewalk? Even if they aren’t blocking you in specifically, didn’t you wish there was a way — other than leaving a less than professional note — to let people know that the owner of this car is a jerk? Well, the people over at the Moscow Newspaper The Village decided to takle this problem (which is apparently much worse in Russia) head on by designing and releasing Parking Douche, an Android app that publicly shames bad parkers.

With PD, Moscow residents can snap a photo of the car and the license plate, and the app will then start broadcasting it as a banner add/pop to local IP addresses. So people working in the area get their work interrupted as they are informed that someone in the area is being a jerk. Here’s a vide with a few more details:

A Giant Viewfinder For Your Phone