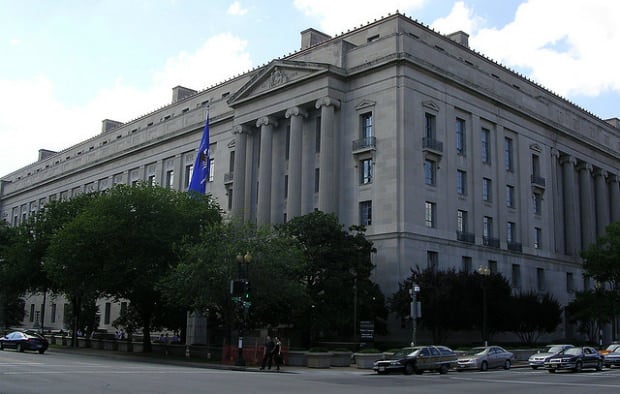 Earlier we reported on two separate cases where video evidence of police shot by random citizens wound up being crucial in the exoneration of photographers arrested while doing their job. Well, appropriately enough, the US Department of Justice just recently came out in defense of the right to record police while they are on duty.

In an 11-page letter addressed to the Baltimore Police Department, the DOJ stated in no uncertain terms that “the press does not have a monopoly on either the First Amendment or the ability to enlighten,” and that the seizure of recording equipment and videos without a warrant constitutes a Fourteenth Amendment violation.

The letter comes after the DOJ was unhappy with how the police department handled the case of one Mr. Christopher Sharp, who had his phone taken from him and all video evidence destroyed after he recorded the police arresting and beating his acquaintance. The courts attempted to dismiss Sharp’s case by citing an oft-used loophole in the law which allows officers to interfere with recordings if the person recording video is actively violating a law.

Although the letter is addressed specifically to the Baltimore Police Department, the DOJ made it clear that the letter “reflects the United States’ position on the basic elements of a constitutionally adequate policy on individuals’ right to record police activity.” And many are hopeful that this sort of positive interference by the federal government will make citizens’ rights more clear and ensure that loopholes, like the one the BPD was using, will not be tolerated.

Image credit: US Department of Justice by kabl1992

Giant Portraits Printed onto Grass with the Help of Photosynthesis