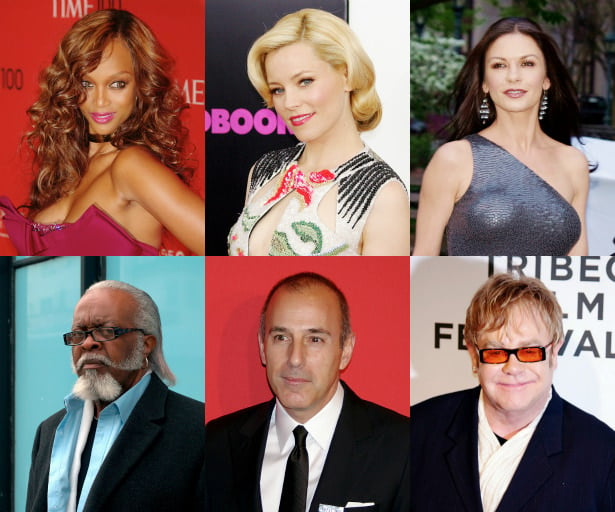 David Shankbone (real name David Miller) has been called “arguably the most influential new media photojournalist in the world.” And if you’ve never heard of him you may wonder: How did he achieve such a status? How did he get his work published by The New Yorker, Vanity Fair and Forbest all while his actual day job isn’t even as a photographer? He did it all by giving away his photography for free.

Manager of a legal department on Wall Street by day, David Shankbone is perhaps the most prolific Creative Commons photographer out there today. And if you want poof of it all you have to do is browse through one of the five thousand plus Wikipedia articles that feature one of his photos. Tailor Swift? His. Betty White? His. The President of Rwanda? You guessed it, his.

His quest to fill Wikipedia with photos began in 2006 as a cheap hobby using only a point-and-shoot camera he got as a present from his sister. And from the beginning his belief — one that’s bound to stir up some controversy amongst photographers who make their living with their art — has been that “small publishers, artists, authors and educators can’t afford the time or money to hunt down and negotiate with unknown people for affordable images.” So his solution was “to create an extensive body of high resolution stock photography licensed Creative Commons.”

Whether or not you agree with his methods, many blogs and major publications alike owe the man a debt of gratitude for the amount of quality stock photography he’s released into the world, and all for free (we even used one of his photos last July).

But if you’re still confused as to why a man who could be making boatloads of cash with his photography gives it away for free, his answer to a similar question in an interview with GOOD might clear it up:

I care more about experience than money. I was at a party once where someone asked me about my work and she said I must make a lot of cash. When I said I give my photos away to the public, she looked at me like I was a fool. She derisively asked, “Why would anybody do that?” and I replied “What did you do last Tuesday?” She said that she came home from work late and watched Law & Order on her DVR. I said, “Last Tuesday I had a four-hour dinner with Augusten Burroughs, and then I photographed him. I didn’t make any money off of it, but it was a hell of a Tuesday night.” Then she smiled and got what I was about.