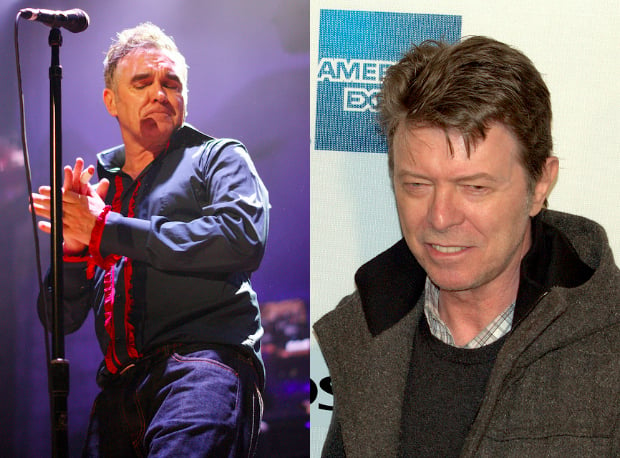 When we run into issues regarding photo usage, the photographer is typically involved in one way or another. A company may be trying to use their work without paying, or they might find derivative works of their photography in an art show.

But in this case, neither of the two people involved actually took the photo in question, they were in it. David Bowie is leaning on EMI UK to change the cover art on the re-release of Morrissey’s 1989 single The Last of the Famous International Playboys, because it features a previously un-seen candid photo of the two musicians hanging out in New York.

The photo was taken by Linder Sterling back in 1992, and would replace the original cover that featured a picture of a 7-year-old Morrissey climbing a tree. According to Morrissey fansite True to You:

David Bowie has ordered EMI UK not to run the proposed artwork for … The Last of the Famous International Playboys … Although Bowie has no legal rights to the photograph, most of his back catalogue is presently licensed to EMI.

Clearly, Bowie has the pull to keep the photo from being used as cover art even if he has no legal rights to it (no word on whether or not a release was ever signed), but we would love to know what Sterling has to say about it. A good friend of Morrissey’s, this would mark the third of her photographs to be used on a Morrissey album cover.

The First Ever Photo of Someone Giving The Finger