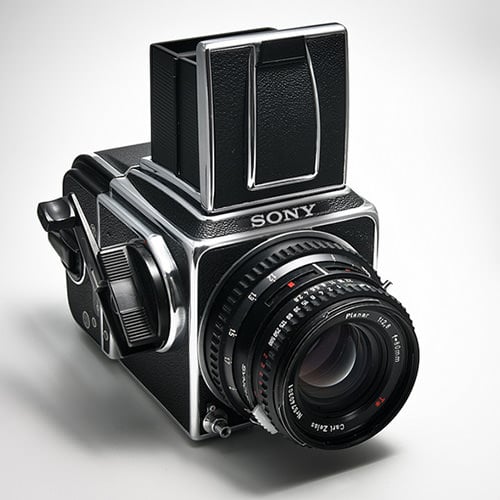 Samsung may not be the only camera company dabbling with the idea of a digital Hasselblad 500CM-style camera: Sony is reportedly working on a new SLT camera called the “A1S” that features a “full frame” square sensor. sonyalpharumors writes that the prototype camera in development has the following specs: compatibility with existing Alpha and Minolta lenses, a 36x36mm square sensor with 37-megapixel resolution, a large body (larger than the Sony A900), a square electronic viewfinder, and a 3×3-inch display.