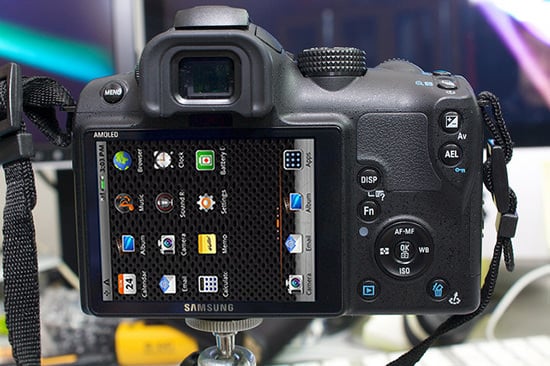 Back in January, Polaroid unveiled its SC1630 Smart Camera that’s powered with Google’s Android operating system. Now, more manufacturers may be gearing up to have the popular smartphone OS built into their cameras: Samsung and Panasonic are both reportedly exploring this idea. Regarding what this means for consumers, Engadget writes,

It could be a major breakthrough from a usability standpoint, opening up the in-camera ecosystem to third-party developers. We could see Twitter and Facebook apps that let you not only publish your photos directly with a familiar interface, but also see photos shared by your friends. A capacitive touchscreen would let you type in comments directly as well. You could publish to web-based services, utilize apps that enable post-capture creativity or receive firmware updates directly over WiFi. That hotshoe or USB port could accommodate a variety of different accessories, like a microphone or 4G modem that could be used with several models, including those from other manufacturers.

One potential downside to having an Android-powered camera may be stability — imagine having to regularly reboot your frozen camera.