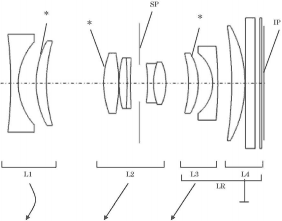 Looks like Canon has some serious plans to jump into the mirrorless camera market. The company’s G1X camera announced last month has a sensor large enough to compete with existing mirrorless cameras, but lacks an interchangeable lens system. A new patent filed by the company, however, reveals a new 18-45mm f/3.5-5.6 kit lens for an APS-C mirrorless camera. It was filed back in 2010, so it seems that the company has been working on a mirrorless camera for quite some time now.

(via Egami via Mirrorless Rumors)

Maddie the Coonhound Balancing on Things Across America

A Simple Explanation of How ISO Works in Digital Photography