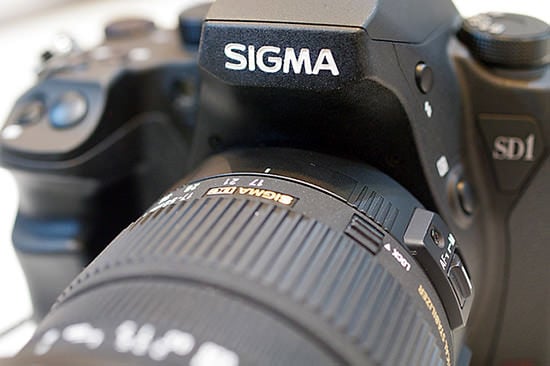 When Sigma released its SD1 DSLR with its fancy Foveon sensor last year, many photographers balked at the camera’s $9,700 price tag. Now, perhaps due to the launch of a new generation of Canon and Nikon DSLRs, Sigma is rethinking the camera’s price. In a press release put out today, the company announced that the camera will be re-launched the Sigma SD1 Merrill — named in honor of Foveon co-creator Richard “Dick” Merrill.

However, even with this revolutionary image sensor, we could not solve issues related to some of the manufacturing methods before the start of mass production, and the production cost ended up substantially exceeding our originally expected price. As a result, we had no choice but to set the price of the Sigma SD1 high. This caused great discouragement to all of you who looked forward to its release, and wished to experience the very unique image quality of the Sigma SD1 in person; this has become our biggest disappointment and pain.

Since then, overcoming this situation has become the first priority for us and Foveon, and we have together made improvements to reduce production cost substantially. Even though this effort took nearly a year, at last, we achieved a reduction target close to the price we originally planned. Therefore, we decided to release Sigma SD1 as a new product

(via BusinessWire via Photo Rumors)

Kodak to Kill Off Its Camera Business